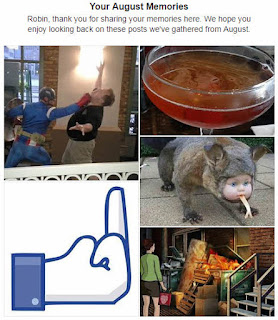 Here's a TV moment that kind of sums up 2017: Tom and I were watching Crisis on Earth X. Sara walks up to Alex at the rehearsal dinner and starts tossing back drinks. When asked what she's looking to make go away, her response is, "Nothing. I just like the taste of scotch." Back in the (sort of) real world, Tom said, "She drinks like you."

So here's to making that fucked-up outside world go away, and to loving the taste of scotch. Or whatever.

Writing... well, it's been going much slower than it should, but it's getting better. I'm now calling the book The Nameless Way. I started the year off strong, then things began to taper off in the summer and really fell apart during Gen Con month. I tried backing away from gaming for a while, I tried silly resolutions, I tried, you know, stuff. I think what finally got me back on track was when I took a week's vacation around Thanksgiving, escaping not just conventions and all that structured gaming stuff, but the constant brain-killing drum of my day job.

There were so many games, though. We started the year off with a clump of 'em at Weird Realms for Tom's birthday. My D&D campaign there drifted off early. I never had more than two players and, after a couple of cancellations for illness and something else I think, I never much felt like trying to schedule another one. The Scrap Pile had been on hiatus since late last year for other reasons.

In March, though, my World of Greyhawk campaign started up. I did this partly because my friend Curtis's D&D campaign had gone on hiatus to wait for a missing player. This one has been lots of fun. We were running along every couple of weeks, tromping through old modules and stuff. It had a bunch of long-distance friends in it so that was cool too. After a couple of months, Curtis decided he needed to start his campaign back up without waiting for the other guy, so hey, double the D&D! We even had a brief Icons reunion for Giant Size Scrap Pile #3. 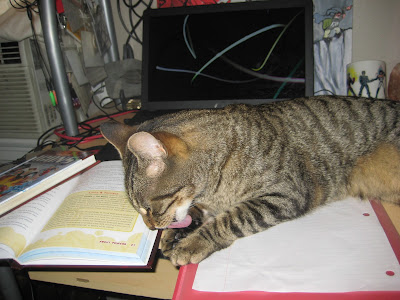 In the fall, we were finally able to stir the Scrap Pile back into action. Aaaand Curtis started an Icons campaign of his own. That put the count up to four. I was running an Icons game and a D&D one, plus playing in, well, same. Sometimes we were playing twice in one weekend.

Also, the Greyhawk campaign was huge. I was wrangling five to seven players every time. That's about as many as I can handle at a real table. On Hangouts I'm more comfortable with three or four.

October came around and, on top of all that, I needed to get ready for the games I was running at Carnage. I told everyone I needed time off from gaming stuff so I could do more gaming stuff. Carnage came and went. It was awesome as usual, but didn't do much to clear my head. Curtis has run one out-of-continuity romp-type game since then and I had a blast running the Scrap Pile Christmas Special, but I still haven't started my campaigns back up. I guess I will eventually, on a less crazy schedule... assuming anybody still wants to. 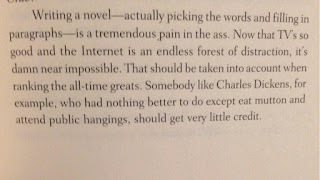 I love both of my campaigns, and I love my friends, but I can't function with humans flitting around in all my spare time. If this year has taught me anything, it's that talking to or even thinking about other people too much is like sleep deprivation. I can handle some overload, but the toxins build up quickly and take a long time to clear out.

Like I said before, the vacation helped a lot. Before that, I was too fried, even with the restored spare time, to even catch my breath. Now I'm starting to pull it together. The shorter break for my Christmas trip helped, too, even the part where I got stuck along the way for some surprise auto maintenance. I'm a little concerned about where it goes from here. Multiple week-long getaways are a privilege for the wealthy. Maybe spacing out the game sessions will do it, or at least get me close enough that some carefully planned shorter breaks will work. My day job didn't use to require measures like this but, since we got sold to Jabba, it's been generating too much psychic garbage for me to shovel out.

I've also been backing away from social media a little, especially Facebook. I still use the blather sites quite a bit, but I had gotten into some bad habits, like using them to look for distraction when I was in a bad mood, or using them to vent. It's embarrassing how long it took me to realize that both of those are more likely to make things worse. On a somewhat related note, the site that did the syndication or whatever you call it for this blog appears to have imploded. While it was nice to get the extra hits, having to come up with something to blog about every month was annoying, so... good riddance, I guess. 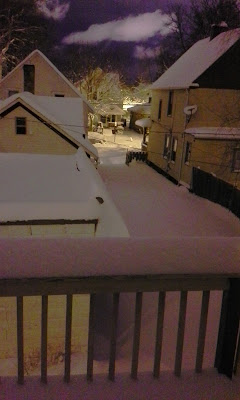 I put out the last major piece of the Qalidar RPG, the Qritter Qatalog, this summer. There could, theoretically, be other books later, because I've still got some material I could run through the grinder and release. I suppose I could also do a compiled edition, but I probably won't. With the monster book out, I've done pretty much everything I felt obligated to do. If anybody wanted to actually play the game, they could do it and not feel like pieces are missing. Well, they might feel that way, but they'd be wrong.

Other stuff: Hey, in February, we moved! Not far -- just across the expressway. It was a grueling slog of a move, but I'm really happy with the new place. It's a house instead of an apartment, it's quieter, the way it's arranged is more conducive to the way Tom & I like to do stuff, and when things break, they get fixed. Plus, balcony!

Anyway, my goals & plans for 2018 are pretty much the same as last time, because I'm still not there and I still haven't quit. I'll try to find some practical ways to stay on track.

I'm thinking of backing away from conventions a bit. I'm already committed to go to Gen Con next year, and I'm not sure I could give it up anyway. It's a painfully expensive rampaging stress-monster, but it's also a freakin' amazing five-day party. I could, however, GM less and play more. Carnage, of course, is exempt. I could go to BASHCon and not run any games, or just run one off the books for my friends. It's a low-pressure shindig that doesn't even require time off from work. And maybe that's it. Tom's going to GaryCon with Monk, but I was already thinking of staying home to save up my vacation days... and bank some extra alone time.