A Fistful of Carnage

November 7-9 was A Fistful of Carnage, their second time at the Killington Resort venue, and my first. It was also my first time heading out that way on my own. Tom had a weekend with Monk and Jerry planned, but I still really wanted to go to Carnage, so... there it is. The drive was uneventful. In a sudden nostalgia attack, I decided to stay at the Maplewood for my mid-trip stop. Oddly, there was no Dark Gathering in progress, so I made do with delightfully awful SyFy Channel movies and worked out some details for the games I was planning to run.

I pulled up to the resort around five o'clock Thursday evening, but the the combination of oncoming winter and heavy clouds left the mountain pretty dark. After I checked in, I drove back and forth a couple of times before I realized I was reading the map backwards. I probably shouldn't admit that in public. Oh, well.

Once I found my spot, I poked my head into the luxurious condo, checked out the view from the back porch, and unloaded my bags. Well, except for one. 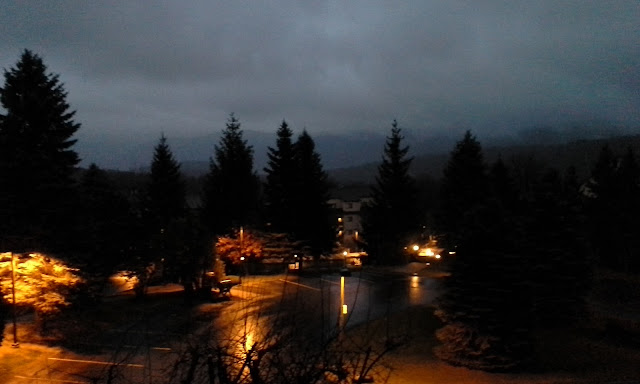 That one had to go with me over to Andre's Thursday night game. It's a bit of a hike from where I was staying, and it's even longer if you wander over to the Snowshed first because you had a room number but no building name to go with it. And then it turns out that the room number isn't a room number, but some kind of hotel code for the type of room. Eventually, though, the front desk staff at the Killington Grand got me pointed in the right direction.

The game was late getting started, so I didn't even miss out on the pizza. This scenario was a bit of a departure from the usual Andre fare, a Dark Age adventure using his prototype Lucid Dreams system. None of our characters died or even went insane, although I think Ray got a little twitchy after Andre made him read that entire scroll out loud. And then it was really late. Probably. My watch kept switching modes, so I was never sure. 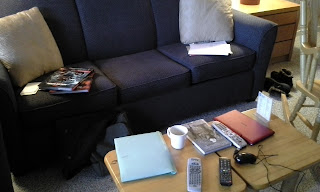 I spent Friday morning and some of the afternoon finishing up my D&D adventure. It turns out I had just written some notes and a few monsters that I wanted to use, so I had to draw the map and place things and do all that nifty stuff.

Despite the fact that I was eager to hurl myself into the convention crowd, it was great having all that space to myself to just geek out and enjoy the fake fireplace and the view in between scribblings. Finally, still not quite believing that I had managed to get everything ready on time, I hiked over to the Killington Grand to pick up my badge and t-shirt.

Over at the Snowshed, I got acquainted with the area, caught up with some friends, and settled in at my table. One guy showed up. We had a nice chat about D&D editions while waiting to see if anyone else would pop in, but finally Nyssa and Tyler made me untie him and let him get away. I thought about jumping in on someone else's game, but ended up going back to my room to get some writing done. The travel and the whole mountain thing and having all that space to myself added up to a really nice creative boost. 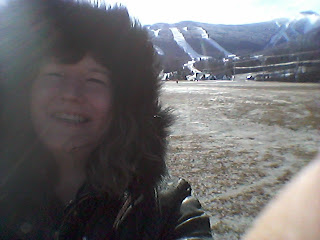 By Saturday, the snowdrizzle had cleared up and the mountain was all bright and sunny. The panorama up at the top is also from my Saturday morning hike to the Snowshed. I grabbed some lunch at the food court thingie, mingled a bit, and got set to run my Doctor Who adventure, "Stetsons Are Cool."

This was the one I had been most excited about running, so I was gratified to find a full table, including Tyler, Steve, and several people I didn't know. And I wasn't disappointed.

Everybody managed to turn the pre-generated stat sheets I handed out into fun characters who helped me bring the decaying desert town of Scurl's Hollow to life. Well, metaphorically, anyway. It was still full of really old people, ranches without livestock, empty mines, and a railroad that went nowhere. 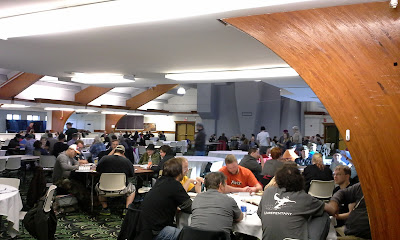 The team of six 51st-century time agents under the command of Kip Brannigan (possibly a relative of another famous Brannigan) wandered around town shocking people with their strange eating habits and baffling the barkeep just because he was easily baffled.

In the course of these important activities, they were able to work out enough of what was going on to thwart a time-traveling cultist and restore quite a few cybernetically zombified townspeople to relative normalcy. The zygma device was recovered and a talking brain from another universe was sealed away from our continuity. I love this game. 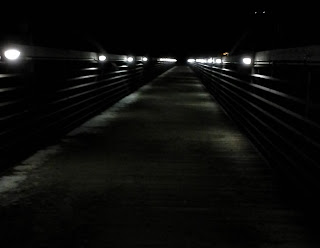 After that, Tyler told me about the late night trivia game in the bar and wandered off. I went with Steve and a couple of his friends to try out the hotel restaurant. My Qalidar session at seven was a bust. I lurked around the Snowshed for a while.

I woke up in a comfy chair by the fireplace in the Killington Grand lobby. It wasn't all that late, so I tinkered with my latest bad idea and just enjoyed the ambiance. A group of card gamers finished up at the nearby table and was replaced by a group of board gamers. Eventually I decided it was probably late enough to go find the trivia game. 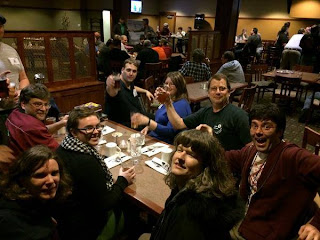 Nobody seemed to be playing anything at the bar, so I sat there for a while and tried to order a drink, but couldn't get the bartender to make eye contact. I wandered off again to see what else was going on and ran into Tyler, who showed me how to cross into the alternate reality version of the bar where the trivia game was happening.

Somehow our team got the name "Freebird." The game was bizarre. As near as I could tell, it was played by yelling at the MC until he asked your team a question or made some random reassignment of points. Someone else at the table described it as the trivia quiz version of Calvinball.

We came close to winning. We at least managed to knock Tyler's teenaged nemesis out of the running, but in the end we were defeated by a louder team. One of their players had previously won awards for being loud in other games, so there was no shame in it. Also, I had finally found a spot that the bartender could see, so I was feeling fine.

The crowd buzzed around for a bit until Tyler, Nyssa, and I were politely invited to continue our conversation elsewhere. Looking around, I was a little surprised to see that there was nobody else in the bar. We wandered around the hotel for a bit because we each had a different idea of where the party was. Finally tipping over the correct shell, we found a high concentration of cool people in what I think was Scott & Petra's room.

The party drifted into a sort of cartoony haze, but the brutal hangover of Sunday morning is considerably clearer. No lobby-lounging farewells for me, this year.  Queasy, brain-bruised, and unsure how badly I had embarrassed myself the night before, I packed up and slithered down the mountain without a word.

I had originally intended to drive farther than Syracuse or maybe even make the whole trip in one day, but I was in no shape for it after that party, so I stopped in a motel that afternoon, ordered a pizza, and watched the latest Doctor Who.

Have I mentioned before how much I hate writing conclusions?
at 4:15 PM No comments:

Stare at the Sun

If you read the super-hero stories in Stars, Specters, and Super-Powers, you  may have noticed that the titles are all songs. The reason I mention this is that I heard a song the other day that makes me kind of regret one of my choices. If you read "The Man Comes Around," try it again with "Red Right Hand," by Nick Cave, instead. Oh, come on! It's not even all that long! At least read the first scene. That'll be enough to get most of the connection.

In some ways, though, I'm kind of glad I didn't hear the song first. At least this way it doesn't sound so much like that's where I got the idea.
at 10:08 AM No comments: