I've been reading the Intervention and Milieu series by Julian May. Recently, it's been slowed down a lot because I hurt my foot and have had to drive more often and take the bus less. On my recent trip, I listened to the audiobook version of The Many-Colored Land. Well, the first part anyway. It wasn't that long a trip. As far as I know, this is the only one of her books that's been audiofied. I hope there are more.

Anyway, what struck me is that, while the books I've been reading are interesting, the characters are nowhere near as engaging as the ones in the Pliocene Exile. Apart from my spirit animal, Uncle Rogi, the characters in the Milieu books are almost all super-talented overachievers. Nobody has the dangerous charm of Aiken or the goofy wildness of Stein or the redemptive arc of Richard or the just plain awesome broken awesomeness of Felice. The relationships feel more political than affectionate.

Anyway, I'm not dissing the other stuff. I'm just freshly amazed at the awesomeness of the Pliocene series.
at 11:36 PM No comments:

Tom brought back Elder Tunnels for Halloween this year and I wrote the intro, so I thought it would be fun to post it here too. I mean, nobody's buying this because they gotta get my silly introduction, so I'm pretty confident that I'm not costing Peryton any sales.

We had a bit of player-shuffling from last time. Danny and Jessica's players dropped out because they were just in it to help me test the convention version. (One of them hates Marvel. The other one has a thing about only playing "original" characters and maybe some Scrap Pile related hangups.) Trish's player switched to Jessica. Dazzler is still Dazzler.

This session officially makes it a campaign instead of a one-off, and I'm loving it. I'm getting that same buzz that I used to get with the old campaign. I've only got two players, but they've turned Ali & Jess into the coolest buddy cop duo ever, so it's working. If there are more players later, that's great, but it's totally not necessary. 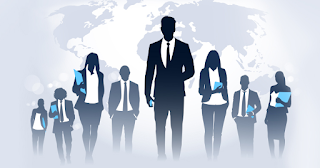 A few weeks passed. Cross's lawyers got him and Croit out of jail, "pending further investigation" Superhuman incidents were becoming more frequent. During a break in Dazzler's gig, she and Jessica saw a news story pop up about another one, a gray-skinned man named Bruce Landers who was taken down by "heroes" armed with CTE's new anti-superhuman stun guns.

Meanwhile, a fan approached Alison with flowers and then tried to shoot her. Jessica threw a chair at the guy, lifted him up by his belt, and asked him what he was doing. After a little friendly persuasion, he revealed that Bo Barrigan (the mobster from last session) had put a price on Dazzler's head. Jessica kept his belt. Also, there was a fire.

Wondering if there could be a link between the attack, the wave of berserk superhumans, and Cross's "undertaker" machine, the two decided to check out the scene of one of the recent incidents. At a nearby park, they poked around in the dark and, at first, didn't find much. Jessica suggested a new use for Dazzler's ability to absorb sound and she tried it. Absorbing all the sound she could and doing her best to tune into the flavor of it, she was able to trace the effects of a low-frequency sound pulse to a nearby mailbox.

Jessica tore open the mailbox, only to find that the device they were looking for was actually taped to the bottom. It was a metal box, held closed by screws. Jessica gathered up the letters and took them to another mailbox while they considered whom they might know who could help with tech stuff.

As three o'clock closed in, they decided to call Danny Rand. Danny was groggy, but willing to help out, so they brought it to his apartment on Fifth Avenue, where they also found a slightly put-out Colleen Wing. Apparently they were getting back together, but she still lived in Chinatown and was just here for tonight. Danny couldn't reach any nocturnal scientists, so Ali and Jess slept in the living room so they could hand the gadget over in the morning.

In the morning, Danny called Ward for help finding the right department. He came by to take them there and flirted with Alison a bit. Jessica left on a personal errand while Ward and Alison went to the lab. While the scientists did their science stuff, Alison visited her manager to discuss her uber expenses and Jessica's bar tab.

Jessica, meanwhile, took a cab to Jersey City, where Trish had been hiding out since the night she escaped Croit's lab. Trish was a little on edge from the whole fugitive thing and did not at first realize that Jessica just wanted to spend time with her sister and make sure she was okay. Eventually they hugged it out and talked for a while. 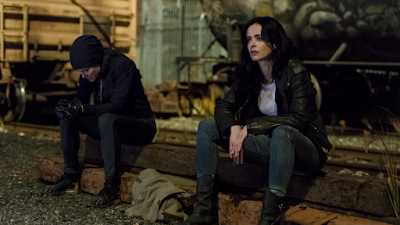 The lab discovered that, as expected, the box contained a sonic aggression booster. It also had a simple radio-controlled on/off switch. Shelving that for the moment, the two followed up on Alison's suspicion that the mercenary, Flame, was involved with last night's chaos, but he was still in jail.

Dazzler's next gig was a few nights later at The Glass Door, an industrial bar on 37th street, across from Fogwell's Gym. It was a rough neighborhood and not a great bar, but she still had a reasonable crowd. While Dazzler played her first set, Jessica began to notice that everyone was being really obnoxious. The bourbon tasted like it had been watered down, the stools were uncomfortable, and something smelled bad. She was just about to punch some guy's head off for spilling a drink on her when she realized what was happening.

Alison also caught on, and immediately started absorbing all the sound in the bar except the music, also broadcasting calming light patterns. With the device still active, it was much easier to locate, even though it gave her a headache. She pointed Jessica to its location and Jessica destroyed it. Then they noticed that the building was on fire.

While they were helping people get clear of the building, someone tried to taze Jessica. She pulled up a parking meter and threw it at him, instantly knocking him to the pavement and unconsciousness. They found out that people were getting these stun guns from a guy named Tommy Forkbeard (a Barrigan flunky) at a honkytonk bar in Red Hook. Alison confronted Forkbeard (who did, in fact, have a long, forked beard) while Jessica came in through the back. After another brawl, they found out that Forkbeard didn't know much beyond Barrigan's location in another part of Brooklyn.

They knocked out Barrigan's guards and strong-armed him into talking. He got his supplies from someone named Sheila, who he only knew as a voice on the phone. They got him to call and set up a delivery, but he could only leave a message on her machine because it was the middle of the night.

Shortly after, sirens blared, blue and red lights flashed on the windows, and a voice over a loudspeaker demanded that they come out with their hands on their heads.