A bad taste in your mouth - moral outrage has origins in physical disgust
Category: Psychology
Posted on: February 27, 2009 8:30 AM, by Ed Yong

Both objects and behaviour can be described as disgusting. The term could equally apply to someone who cheats other people out of money as it could to the sight of rancid food or the taste of sour milk. That's not just a linguistic quirk. Some scientists believe that the revulsion we feel towards immoral behaviour isn't based on our vaunted mental abilities, but on ancient impulses that evolved to put us off toxic or infectious foods...

Your morality is 0% in line with that of the bible.

Damn you heathen! Your book learnin' has done warped your mind. You shall not be invited next time I sacrifice a goat.

Do You Have Biblical Morals?
Take More Quizzes

(2) Savage Worlds.  If you don't participate in the RPG events at gaming conventions, you probably don't know what I'm talking about.  If you do, you probably just started playing the game and can't wait to share the Good News with me.  Don't get me wrong; it's a fine game.  I played it once and had a good time, but enough is enough.  It's really not that special and, even if it were, nothing could live up to this ridiculous hype.

Snowed in at BASH Con 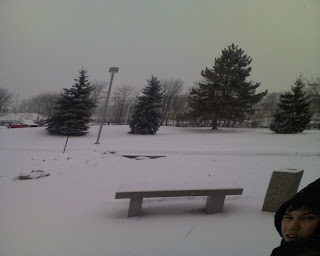 Subtitled: They're not even sure it is a baby!

So today I'm going to natter on about some ideas that came together just now, mostly because I was looking for a place to make a note of them and, apart from a few of my Facebook friends, I don't think anybody reads this page.

I follow this blog called Pharyngula, which is named after one of the stages of embryonic development, and I was thinking this might be a cool name for a monster.  "Embryo" and "monster" came together in my mind for two main reasons: (1) David Lynch's Eraserhead and (2) one of my brother's equally disturbing creations.  The first one should be obvious to anyone who has seen the film.  If you haven't seen Eraserhead, go rent it.  There's no reason you shouldn't suffer as I have suffered.

The second one came from Wu Teh, a character Mike created for a comic book we were going to do a few years ago.  I suppose this comic book could serve as another embryonic reference because, like many embryos, it failed to attach to its metaphorical uterine wall and was flushed into oblivion without anyone ever knowing it existed.  I suppose that's what comes of trying to make H.P. Lovecraft and Jack Kirby have a baby.  If you find this metaphor too creepy and disturbing, you're not going to like Wu Teh.  Chief Scientist Wu Teh looks like a floating infant with the head of an old Chinese man.  He was, in the original concept, a rakshasa who just didn't quite get what humans were supposed to look like, or why they don't like being vivisected.  You'll get to meet Mike's latest revision of Wu Teh in POW!erful Tales, to be released in March or whenever we feel like it.

So anyway, my next step was to find out more about this word I'm thinking of using.  Turns out pharyngula is a really basic stage, without the "twisted baby" creepiness I was looking for.  Maybe I can still go back to the pharyngula as some kind of fishy tadpole demon or something.  Maybe some kind of Lovecraftian "ancient roots" background based on the theme of common descent, since that's one of the things you notice in early development.  We'll work on that another time.

A little way down the list, however, is "larva."  I know there are mythological connections to that one, so I go skipping off to Monstropedia to confirm my suspicions.  Roman mythology has two kinds of lemures, or spirits of the dead: lares, or friendly ancestor spirits, and larvae, or wicked and fearful souls.  The lemur connection is interesting too.  It turns out that the critter got its name from the spirit because of its big eyes, nocturnal habits, and weird calls.

So picture a thing like a human infant with a big head, absurdly large round eyes, and rows of skinny little extra arms waving back and forth all down its sides like a shrimp.  It's got a bony little tail curving out of its spine, and it floats in the air as if swimming.  In addition to standard demonic nastiness, they sit on your chest while you sleep and send you nightmares like the hags in Germanic folklore.  If you've ever suffered from sleep paralysis, you've probably got one of these latched onto you.  Not a bad little larva, huh?

Email ThisBlogThis!Share to TwitterShare to FacebookShare to Pinterest
Labels: writing

I don't actually believe in astrology, but I love it.  Yes, of course it's superstitious mumbo-jumbo, but at least it's non-threatening mumbo-jumbo; Ben Stein isn't trying to get it taught in schools as an alternative to physics.  Partly, I'm drawn to it because of my general fascination with occult beliefs and methods.  Partly, it's kind of like a Rorschach test.  You read over what is more or less random splatter and see what comes to mind, and sometimes it reminds you of things you forgot, or gets you wandering off on a new track.

Here's today's horoscope for me (Scorpio):

You are often drawn into the hidden recesses of your own subconscious mind. Sometimes these journeys within are quite complex and can suck you into deep waters that completely submerge you. Today, however, you can dance in and out of the shadows with apparent ease as the agile Libra Moon moves through your 12th House of Imagination. Relax; you don't have to make a big deal out of anything right now.


Okay, so murky journeys to the subconscious aren't exactly a new thing for me but still, it's fun to be reminded in colorful language that it's cool.    And the last bit is nice.  Kind of like the "don't panic" on the Hitchhiker's Guide to the Galaxy.

This gets me thinking about Qalidar.  Maybe I'm still moony-eyed over it but, so far, I still think the only problem with my work on this one is that there could be a lot more.  So, maybe when I finish that second POW! story, or during a break (because you know I can "dance in and out of the shadows with apparent ease"), I'll scrawl out some ideas for future supplements and a story or two.  We had talked about doing an anthology, but the trademark issues make that a little iffy, so a story set there would seem like a good fit for a future issue of Chimaera.

And now for the announcement we promised: Troll Tunnels is now available for Amazon's Kindle Reader. You can download the whole book, including all the full-page illustrations, for $5.59, unless you don't have a Kindle, in which case it's $364.59. That last part will probably not be mentioned in future advertisements.

Also, if you're a retailer, you can now order our stuff through Alliance and other major distributors world-wide. Drop us a line if you're interested in carrying something that we haven't made available yet and we'll bump it up in the roster.

It's raining today with a promise of storminess later, but for the past few days, it's been really nice.  We even got out, took the bus to Ohio City, and wandered around a bit in the balmy thirty-seven degree weather last Friday.  Our wandering always seems to land us at the Old Angle Tavern, but hey, it's a great place to be.

The down side of nice weather is that, when the neighbors stop shivering long enough to talk to each other, it inevitably turns into screeching and yelling and door-slamming.  And really, it's not so much that I mind the noise (I do mind it a little, but not a lot - there's good solid brick between us and them), but that I keep wondering: how can anybody live like that?  These people are angry all the time.  With blood pressure like that, they'd probably pop like a balloon if you scratched them.

But hey, we're expecting some fun stormy weather and I just finished "The Man Comes Around" for POW!erful Tales and I'm looking forward to some City of Heroes (or Villains) action tonight with Tom, Mike and Em to reward myself, so it's all good.

Here's the funny thing: I decided to maintain this blog, and even tag it with the "christinalea.com" domain name, so I'd have an easy-to-update personal website. Partly this was for blather and for general writing talk that didn't relate to Peryton Publishing. Mainly it was so I would have a place to express opinions without worrying about who they might offend. Looking back over the recent posts, though, I don't see much of any of those things. Mostly it's just me nattering on about Peryton Publishing stuff. I suppose my choice of articles in the somewhat frequently-updated "web highlights" box says a bit, but still, that doesn't really count as a post, does it?

So, okay, sorry, I'll try harder. Soon enough, I'll have a new freelancing credit to plug that I had nothing to do with publishing. It's been awhile since I had one of those, and I'm kind of excited. I don't want to say too much about that, though, because I don't want it to be old news when it goes on sale.

I've had a fairly productive day.  I think now I will enjoy going to bed, reading something light and entertaining, and falling asleep with some cats.