Some House Rules for Icons 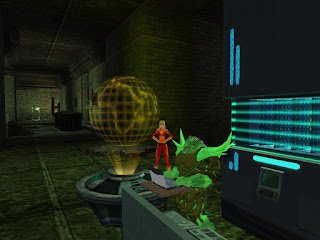 We added a couple of house rules to the Icons campaign this time (session write-up coming soon) that seem to be working well.

The first one is that you can keep dodging attacks, but you get progressively worse as the page goes on. Your first dodge is a normal roll, but, after that, penalties start stacking up. Minus one on the next dodge, minus two on the one after that, minus three on the one after that, and so on. There may already be a rule for this somewhere, but I haven't come across it so far. I adapted this one from Doctor Who: Adventures in Time & Space.

The other thing I did was give everybody a free activation of each of their three qualities once per session. This would  probably be overdoing it for a lot of groups, but nobody in my group (including me) is used to the whole playing for determination points thing where you penalize your own character to get the bonus later. Also, I tend to forget to hand out the points for doing cool stuff, which, unfortunately, encourages hoarding. And I didn't really see more people hamming it up to do more cool things as a drawback in a four-color superhero adventure. I was gratified to see that it had exactly the effect I was hoping for. Everybody activated at least one quality, and a couple of them used more. I guess you could think of it as sort of a "training wheels" rule.

And I'm still loving this campaign.
at 2:26 PM No comments:

I was watching Agents of SHIELD on Netflix a little while ago. Skye was learning to use her powers. She opened her mind to the vibrations around her and, sensing those vibrations as part of herself, she reached out and shook a mountain.

I was surprised by how much the scene affected me. I think it's because this is what I've always been trying to do. That's what writing is all about for me. I'm not talking about the destruction. I want to feel the hum of the world all around me, to reach out and become a part of it, becoming more than just meat, becoming a resonant wave.

I'll never bring down mountains, but maybe I can still resonate.
at 6:34 PM No comments: