This is Not the Title 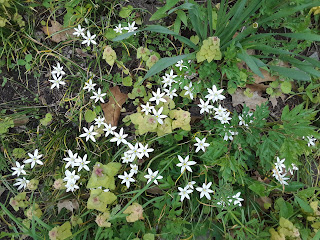 Work on The Nameless Way has picked up again after creeping forward for a few months. I also had a great gaming weekend a couple of weeks ago.

I finally figured out how to work in the future party's contribution to "The Beginning of the End" without overshadowing the current one. I had been planning to mostly gloss over it, but instead I'm using it now as a dream sequence everybody got pulled into because the telepath is having fits. And of course, that guy having fits leads into the developments that lead to this freaky time-trip anway, so it's also useful foreshadowing. It has, consequently, become really fun to write again. I'm cramming in writing time all over the place now, above and beyond the schedule I set for myself.

The gaming bit was neat, too. We didn't call it a hoot, but it kind of was. Tom set up a slot to run Spacers at the game store and several friends from out of town joined in. For the after-party, Saharrah volunteered to run an off-the-cuff game of Crawlspace called "Eat Me" in which we made our way through the jungle, starting fires and switching sides, while pursued by magic furry cannibals. The next day, after seeing the other friends off, I ran a session of my Icons campaign for the usual suspects, concluding the long-running backup story of Landshark's possessed dog.

I still need to work out what I'm going to do for Carnage, though.
at 1:32 PM No comments: