Desperate to not be working, I wandered off to this list of dangerous home-invading wild animals.  It starts off as you might expect: snakes, scorpions, alligators... Wait.  Alligators will go into your house?  Okay, I guess there's no reason they wouldn't, and I'm sure it would be a pretty bad thing if one did, once it woke up.

Between four and five is a John Deere ad.  That makes sense.  Don't want one of those monsters getting inside.  Moving on, we have our traditional black widow warning, and a rabid bat.  Rabid bats seem to be stretching the theme a bit, but I know it's a legitimate threat and something a lot of people don't think about, so okay.  Next, mice infected with hantavirus.  What?  When did this turn into a Michael Crichton novel?  I half expected to click the "next" button and be confronted with a picture of a dinosaur labeled, "genetic engineering."

But no, the next entry is just some kind of ceiling mold that will sneak in and eat your baby if you somehow fail to notice that all your plaster has turned black.  Then - you knew it was coming - we have the brown bear.  "Never intentionally feed a bear," we are warned.  I'm actually more worried about unintentionally feeding a bear.

And finally... KILLER BEES!  This is cool because it has a picture of some honeybees, which are about the most beautiful animals I can think of.  No sarcasm there; I really love bees.  And jellyfish.  Trilobites are pretty darn cool too but, despite my childhood attempt to re-create them by selectively breeding some roly-poly-looking things I found living in a stream, they're extinct.

Number eleven appears to be a man with a mummified thumb.  Or Santa Claus with a broken hip. I guess I should get back to work now.
at 12:02 PM No comments:

Go to the Window 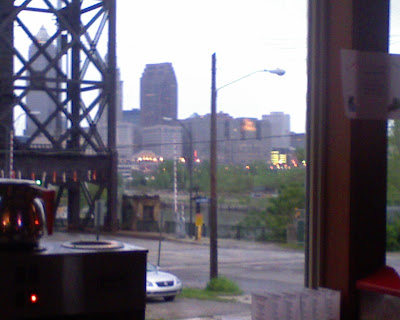 Suppose this is what the Doctor drinks? 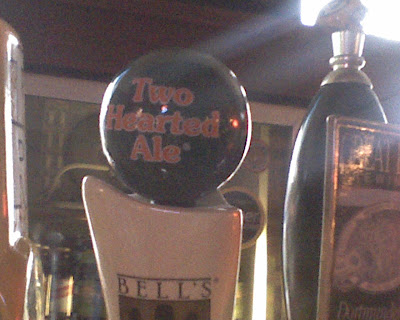 Yes, I'm a little behind on my Doctor Who episodes.  I could catch up, but I think I'll just stay behind, do one a week, and savor every episode... unless there's a cliffhanger I just can't stand, which is actually another good reason for staying behind.  ;-)

Anyway, I know the terrible secret of Spaceship UK and I know who's behind it.  What I don't know is, who hired that little girl to read a creepy poem every time somebody gets dumped into the pit?

Still loving the new series.  Matt Smith and Karen Gillan are great, the writing is spot on, and the new opening credits are growing on me.  I love Smith's gotcha laugh, "ha-HAAA!"  Seems very Doctor-ish.  Amy Pond might be my favorite companion of the post-millennium show, but she hasn't surpassed Ace yet.
.
at 10:46 AM No comments:

Email ThisBlogThis!Share to TwitterShare to FacebookShare to Pinterest
Labels: Doctor Who, MoviesTV, TV 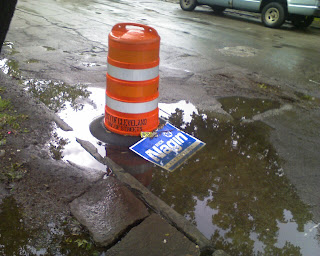 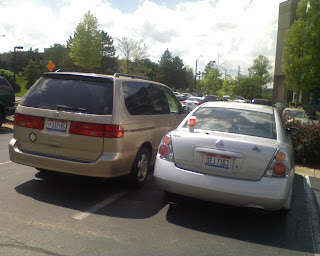 I Am a Menace to Society

I work in a place called Independence, an ironically-named pseudo-town that survives by parasitizing Cleveland.  A couple of weeks ago, while I was walking to work from the bus stop, a cop flashed his lights at me, pulled over, and proceeded to lecture me about crossing against the light and how I would be technically at fault if I got hit.  Kind of a WTF moment because, really, the plan either way is not to get hit and, unless cars started plummeting out of the sky like the batrachian heralds of a demented god, that wasn't about to happen.  But no big deal really; he didn't give me a ticket or even one of those goofy little warning slips.  I chalked it up to boredom mixed with sanctimonious tendencies, politely agreed not to jaywalk anymore, and moved on.

Well, today, I walked down the street to pick up some lunch.  At the intersection, I dutifully pressed the placebo button and waited for the "walk" signal.  So, once the light turned, guess who came roaring down the road at twice the speed limit and whipped onto the main street without stopping.  You got it: Deputy Do-Right of the Independence Police.  No sirens, no lights, no horn, no hint that there might be some emergency which would necessitate murdering law-abiding pedestrians.  Nothing.