Other Peryton Gamers events can be found here (eventually). As always, while I think I'm likely to get these slots, check the program to be certain of the final time and date.
at 5:09 PM No comments:

Finding Me at Gen Con

If you're looking for me at Gen Con this year, a good place to start would be one of the events I'm running or at the Peryton Publishing booth, one of many listed as 1317. Here's a map (click to enlarge): 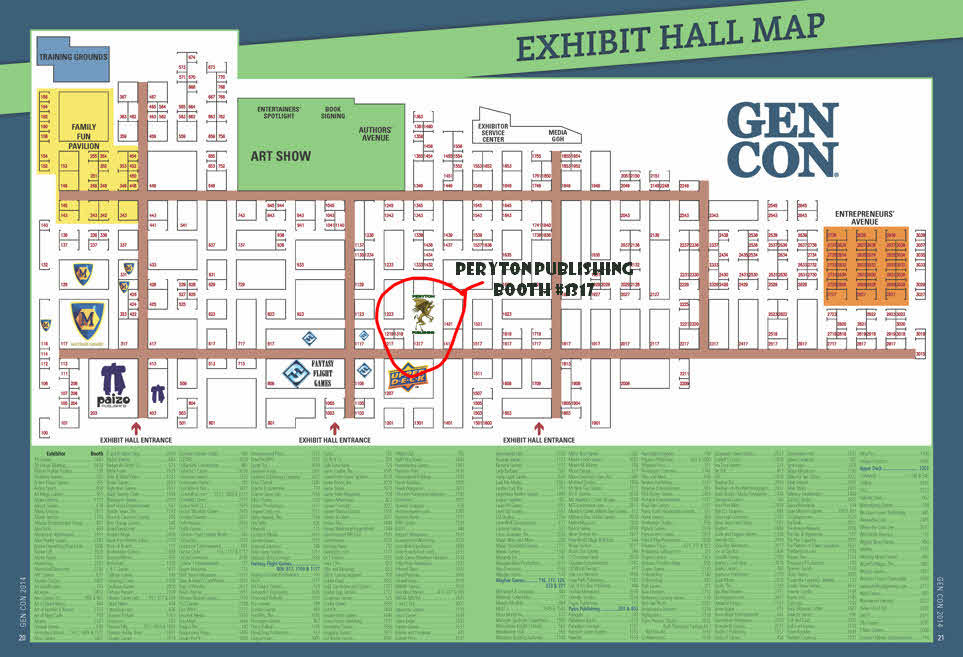 You can find the original, non-perytonized version here.
at 10:30 AM No comments: 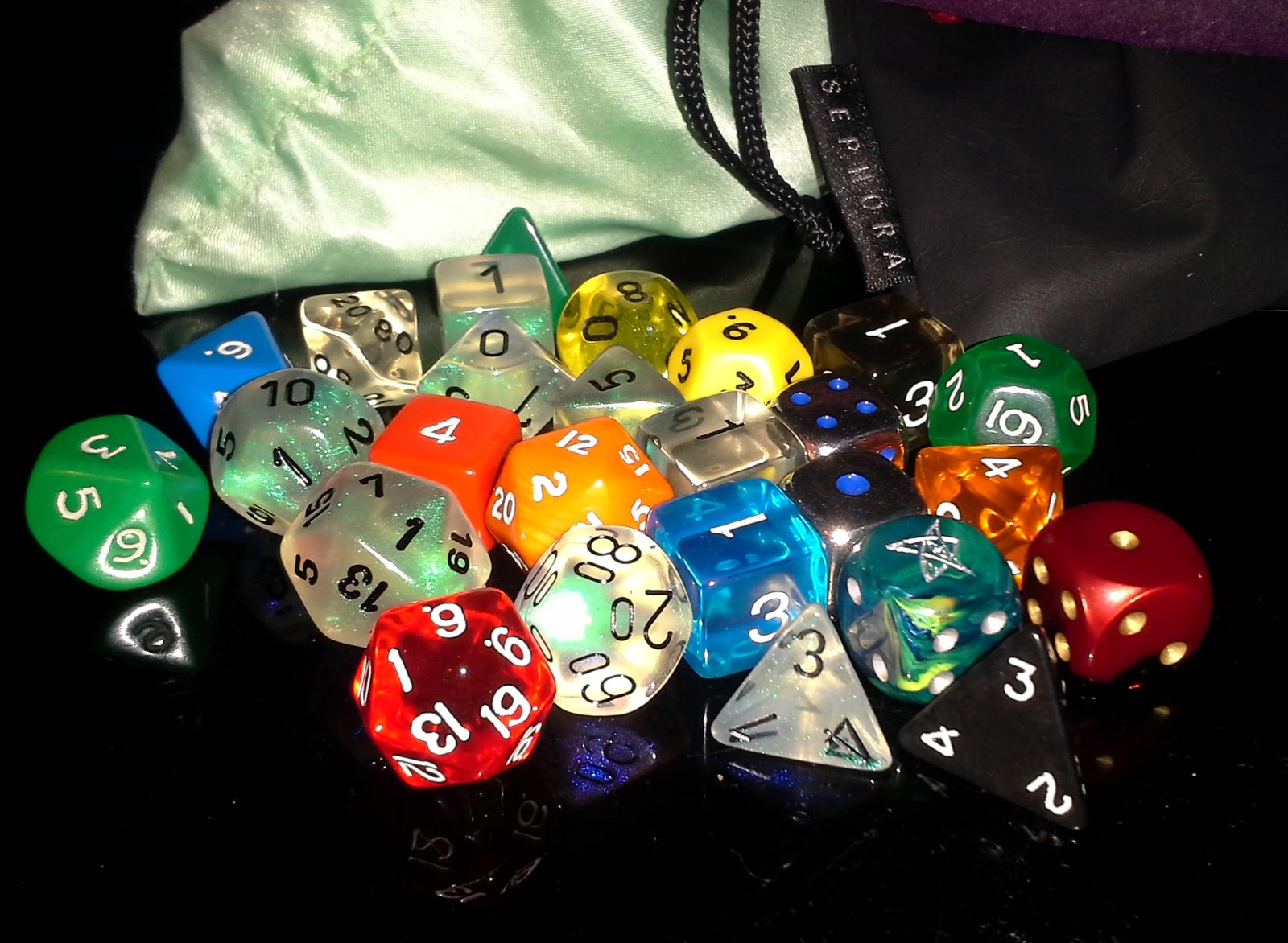 Like a lot of gamers, I have way more dice than I carry around. I usually take my little purple bag for myself and, if I'm running games at a convention, I'll bring a "loaner" bag with a few sets of dice that I wouldn't be too upset to lose. I have another bag full of d6's that I bought specifically for Tunnels & Trolls, but I usually end up relying on what's in my regular bag. This being the case, I'm sure it's no surprise that I occasionally switch around the ones I'm carrying.

I bought a nifty set of iridescent Chessex dice at BASHCon this year, and that one went in right away. I had a couple of sets of Zocchi dice and various pip-faced d6s in the bag with it. I've bought a lot of Zocchis over the years, mainly because the gem dice are pretty and, when I first started buying RPG dice, that was what the hobby shop carried. Back then I didn't know, and later I didn't care, about the whole super-duper precision edge randomness thing. Most recently I had a set of glow-in-the-dark ones and a really nice-looking pale green ("peridot" I think) translucent set in the bag.

The Zocchis didn't feel right rolling with the new ones, though. The sharp edges seemed fragile next to the tumbled ones. The dice felt lighter too, almost hollow. I don't know if they really are lighter - I certainly didn't weigh them - but I couldn't shake the impression. The numbers started to bug me. I had never really noticed before, but, next to the large, bold, numbers on the tumbled dice, the numbers on the Zocchis looked anemic. Maybe that's another precision balance thing.

I decided that I like tumbled dice with numbers that are really easy to read. I know, crazy, right? I dug through my collection and found some translucent Koplow dice from a tube that I took home when I had my shop (nostalgic for obvious reasons). I also grabbed the ones from that boxed set they made when 3rd Edition D&D first came out (nostalgic for reasons I'm not going into right now). I kept a couple of the souvenir d6's I had been carrying around - an Elder Sign one that my regular Aqua Teen players gave me the first time I ran it and the complementary die from the most recent BASHCon. I also kept my solid metal blue and silver d6's in.

So, there's the new line-up. Who would've thought I could write a post this long about rearranging my dice?
at 10:30 AM No comments: