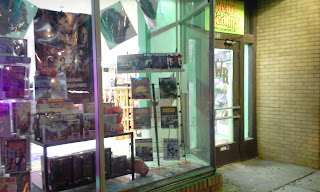 I mentioned a while back I was going to be running Keep on the Borderlands at Weird Realms using 5th Edition D&D. It was supposed to be part of a theme, but I think everybody else who ran games ended up just doing their own thing. It did happen, though. I had a lot of fun and have put a second and third session on the calendar.

Only two people showed up for the first session, a guy roughly my age and a teenager. I don't know if they want their names bloggified, so I'll call them Don and Dale. Don had played AD&D back in the day, but not much if any since. Dale was new to the game, but owned the 5e books, was familiar with the rules, and had already made a character.

Because I wanted it to work as a one-shot as well as a potential campaign opener, I started them out as prisoners of the hobgoblins in the Caves of Chaos, rather than in or near the Keep. Incarcerated along with them was a gnoll who I figured would be fun as the unreliable ally. The two humans freed themselves from the manacles first and then Dale's warlock murdered the helpless gnoll for temporary hit points and XP. I mean, sure, it was a gnoll, but holy crap.

Don's fighter did his best to reign in the impulsively amoral warlock and they proceeded to look for their stuff and escape. They had made a lot of noise with screaming gnolls and such, so the hobgoblins had not only organized, but even sent someone to get help from a nearby ogre. Because of this, they didn't get to do much exploring (more running and hiding), but they did find their gear and escape alive. After the appalling opening move, they both played it pretty smart. 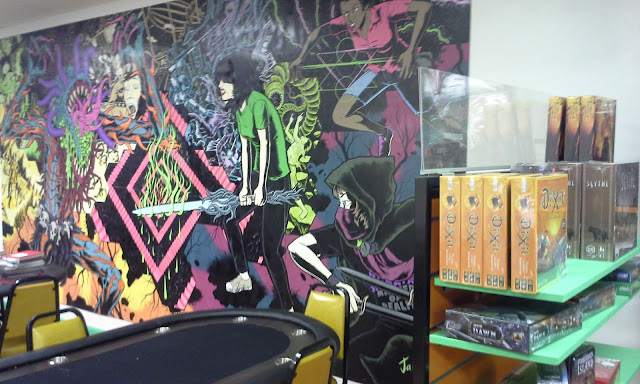 Afterwards, it struck me how... I don't know... concrete, the whole thing felt. I had a really strong sense of the tunnels and the noises and the hiding and fighting. I suppose part of it was that those things were more important than usual to the characters. I think I also got really into it because I've never played this module as a grown-up before. Well, I haven't played it straight, anyway. I did a few sessions a while  back where universe-hopping sci-fi characters went to the caves for... reasons, but that's not really the same thing.

So anyway, yeah, I'm gonna run with it. Hopefully the two guys from last time will be back and we can pick up a few more, but whatever.
at 1:29 PM