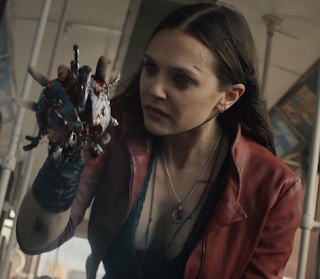 Don't make too much of the picture. That scene came to mind because this season always raises Michael's shade. It's partly the family togetherness thing and partly because his birthday was New Year's Eve. So here's a flicker of a mood that you can stare right into. Of course, there's no evil robot for me to take revenge upon, but I've found something else.

Anyway, now that we're done with that, let's see how I did on the goals I set last time.

Okay, so two out of three. I don't even talk about Qalidar as something I'm working on anymore, although it wouldn't take much to finish it. As I've said before, all that's left is grunt work. It's just that, whenever I commit to sitting down and working, I want to work on the novel. The novel feels like The Future. It feels like progress. It would be nice to have that game done, though, especially after I've come so far, so it stays on the list. Eventually, it'll magically finish itself, right?

And when I don't commit to sitting down and working? Two games have really been brightening my nights lately: Icons and Dungeons & Dragons (5th edition, for those who keep count). The Icons campaign that we started in 2014 is still going, and even inspired Tom to do a few spinoff scenarios. I've rambled on before about how much fun I'm having in that game, but I felt like any summary of the highlights of 2015 would be incomplete without saying again how much I love getting together with those guys to spin our offbeat superhero tales. The D&D campaign is run by my one of my oldest, dearest friends. It's only only a few sessions in, but I'm loving both the story and the game itself. And my desert nomad paladin. She rocks.

This time last year, I hadn't decided which of three projects I was going to focus on next. A few months later, I settled on one. By June, I had changed my mind. That second plan stuck, and I got the Bad Idea outlined well enough that I was able to start getting into the prose this September. I probably should have started sooner, but the first sentence is always so hard to write. I'm still moving along and still very excited about this book. I could be putting more time into it, though.

I've even got a working title, The Throne of Gorgudai, and a web page, although the web page is not quite finished because I can't get over being offended by the expectations people have regarding summaries and character descriptions. I want to just say, "read the damn book if you want to know about the characters!" but that's probably not great for buzz or engagement or whatever the hell I'm supposed to call it.

Blackridge hasn't been abandoned. It's just something I doodle with now and then instead of a specific book I'm working on. It could very well be the next main project. One of my scenarios at last year's Gen Con was set there, and I'm thinking of doing that again. Which reminds me that I'm behind on submitting my events for BASHCon and I also need to work out my schedule for the big one pretty soon. Yeah, Gen Con's still a long ways off, but, believe it or not, the frenzy begins in January. I love Gen Con, but I hate it, too.

For next year, my only serious goal is to keep working on Gorgudai. Finishing it would be great, and should be achievable, but I'll be happy if I can honestly say that I kept it moving and stepped up the pace a bit. 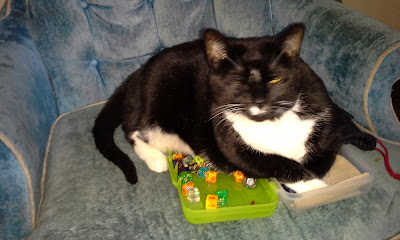