Undaunted by scary voices, they soon found a hidden trapdoor with a stairway under it. They found a barracks room with a big dining table and a pirate-looking dude whittling. Creeping up on the dude, they took him captive. They asked about Ferok and the dude said he was Dobbins, Ferok's butler. He said they preferred to keep "troublemakers" away, which was why they didn't do much to maintain the place. Looking around, they found a dead knight of Keoland covered with mold, and Sakura was attacked by giant centipedes in the kitchen upstairs (different stairway).

In a different nook, they found a bedroom/office which apparently belonged to the bossman. After looting it, they moved on to the door in the back that said, "DANGER" in big letters across the wooden slab that barred it from their side. In this room, they found a bunch of skeletons with bright green slimy stuff crawling all over their bones. Beyond this room, another secret door led them to an alchemist's laboratory. They snuck up behind him and clocked him on the head, knocking it clean off because he was actually just a skeleton (the non-reanimated kind) sitting in a chair. He had some books on alchemy, a number of goldified items on his table, and, clutched in his hand, a weird pale gold pebble, which Jinso immediately claimed.

They started to explore the rest of the house, but some weird screams brought them back to the basement, where they found Dobbins edging his way off towards the other end of the big room. He said he was trying to get himself a bit of grog, but he was going the wrong way for that. A bit of searching revealed yet another secret door, this one leading into some artificially-enlarged caverns.

Out thataway, they found a bunch of nautically themed dudes moving bolts of cloth and casks of something around. They tried to be sneaky, but got caught so there was a big fight. There were also some gnolls hanging around and a guy in a hood slinging spells. Upon his death, the hooded wizard turned out to be some kind of wingless insect creature with a long mosquito-like snout.

They also found a sea cave with boat anchored in it and some more silk and brandy. They explored the rest of the house and then went back to ask their captive some more questions. Seeing that they already knew what was up, he gave up trying to hide anything and told them about their smuggling operation and the illusionist Sanbalet who made the house look haunted and how they signaled the ship.

Dobbins seemed genuinely surprised that Sanbalet was really a giant weevil, but said he had seen him talk to similar creatures on one of their stops near the mouth of the Javan River. 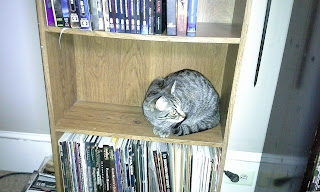 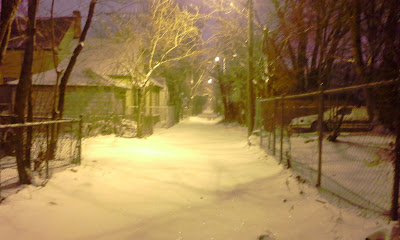 I’ve decided to drop "Throne of Gorgudai" and call it The Nameless Way, a title that’s been rattling around in the back of my head for quite a while, instead. Besides being easier on the ears, it says a lot more about where the book is going.

And where is the book going? Meh, I’m still not ready to spill much more than I’ve already said about that, but the writing is clacking along at a much better pace since I started committing to a schedule, so it’ll all be out there one way or another.
at 1:43 PM No comments: