Carnage of the Lost World 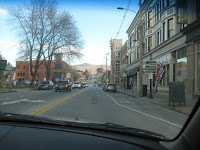 Last Wednesday, we packed up after work and took off for what, if pressed to choose, I would probably call my favorite convention. I think the trip is actually part of it. Out of the soul-numbing corn flats of Ohio, we cross through the picturesque hills of upstate New York and eventually into Vermont, which is basically one giant resort in the mountains. Well, that's what it looks like, anyway.

Just to make the fairly long trip a little more leisurely, we usually stop for the night in Syracuse before moving on. That gets us to Thursday, when we settled into our room and bought some groceries. Since this was Tom's first year at the new location, we also wandered around a bit to take in the scene. It looked kind of odd to me because, last year, everything had been white. 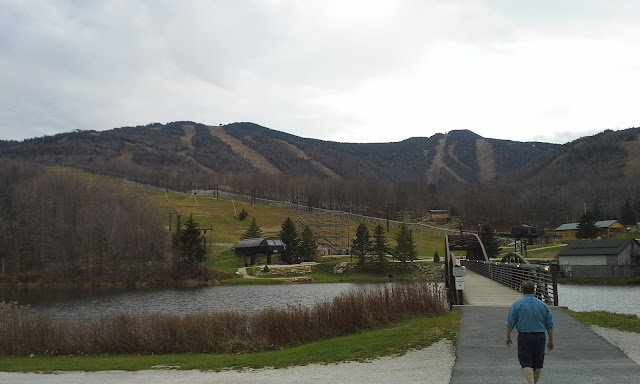 I sent out some messages to let everyone know where we were and we got the Thursday game of Conspiracy X going. I had been having reservations about the system after slogging through a few NPCs and a "monster," to the point where I went out and found pre-generated player characters online instead of making my own.

Despite all that, the game itself ran smoothly. I had some great players (ended up using all six pre-gens because Rags joined in at the last minute) who were able to navigate my over-complicated plot in style. I say it was overly complicated but, considering the genre, maybe that's the wrong word. I mean, we were playing a game in which most of the title is the word, "conspiracy," right? Also, I did something I've wanted to do for a long time: drop a crew of modern world characters into the Tomb of Horrors. It was an abridged version, but still. The looks that went around the table when I dropped that first illustration were (I hate this word, but...) priceless. 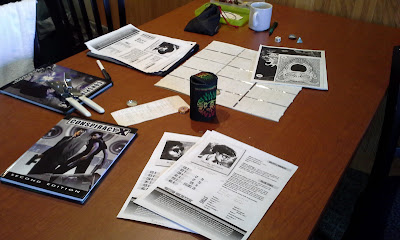 Some drinking (okay, more drinking) and socializing followed, first at Game of Growlers, then back in the room with a smaller group. Tom poured so many glasses of rum down Matt's throat that he couldn't find his own room. 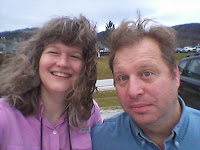 Tom and I woke up weirdly early on Friday, so we went across the street for breakfast at... I can't remember what it was called. Club House or something like that. Anyway, I never gave much thought to the relative quality of pancakes, but these were amazing.

We wandered around a bit, got our badges, all that. Tom went off to run a game and I went over my notes for the ones I had coming the next day. I was scheduled to play in a game that afternoon, but it wasn't my first choice and another thought had been squirming around in the back of my head.

It was cloudy and a little drizzly outside, but otherwise really nice. It was freakishly warm for Killington in November. There are hiking trails there. Hiking trails in the mountains. Remember that I live in Ohio now? I felt a little bit guilty about bailing on a game, even one where I was only a player, but this was an opportunity I couldn't miss. And hey, the convention theme this year was "the lost world," so going exploring seemed like an obvious win.

I looked over the map of the resort, grabbed an overcoat in case it rained, and took off. It was crazy windy and I did have to pull the overcoat over my head a few times. I had an umbrella, but I already knew it was no match for those gusts, so I didn't even bother carrying it. A little poking around and one false start later, I was on a trail and heading up the mountain.

It was wonderful. I didn't come across any particularly striking vistas, and the visible wildlife consisted of a woodpecker and some angry bluejays, but it wasn't long before I couldn't hear or see the road. There were no buildings, no people, and not a single goddamn farm anywhere. I realize it was hardly deep wilderness or anything like that, but it was enough. 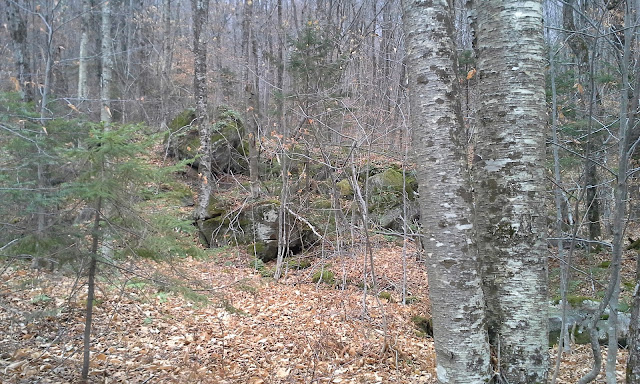 Like I said earlier, it was crazy windy. It wasn't constant, but there were powerful gusts that started getting scary as I got higher up. I don't know how common this is, but wind like that stirs up some kind of visceral panic in me. I feel, all the sudden, like I need to crouch down and grab hold of something or I'm going to fly right off the planet. I wanted to find out what it would be like to keep pushing through that, but then the rain picked up, so, after just a couple of hours, I headed back. 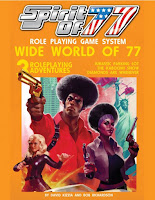 I hooked back up with Tom and we had dinner at the Snowshed before our evening games. For me, that was Steven Parenteau's Spirit of 77 adventure. I played Tangerine Jones, a sleuth with an orange perm-fro who tried a little bit too hard to fit in with her cool friends. Don't tell anybody, but her real name is Edna Pearlman. I wasn't all that helpful in the mission, which involved helping our car guy's brother get some moonshine across the county line to sell, but I had a lot of fun.

I was wiped out after that. Zack came by with Tom and we chatted for a while, but I was half asleep even while I was talking.

As before, I was a little surprised by how early I was up and moving on Saturday. I swore off morning games a long time ago, so there was plenty of time to chill and then get ready. 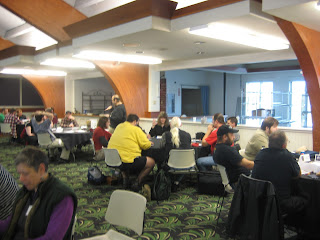 My 13th Age game, "The Fire Within," only had two players signed up, but Tom had a few players and a game he wasn't all that eager to run, so we combined the groups into a slightly more than full table. I had seven players and only six characters, so Tom and Zack played the two brain-halves of the Frankenstein's monster character (statted as "warforged," but I don't like steampunk contraptions clanking around in my fantasy worlds).

The game itself was a lot of fun. The players kept things moving for me, so it was easy to run my "what's going on in this village" scenario. Whoever came up with the winged cat familiar on the pre-gens -- thanks! I had a lot of fun giving the wizard a headache with that one.

The rules were really smooth. Everybody enjoyed using their special abilities but (apart from the fact that, between the ranger and the druid, the party could muster two huge bears to terrorize the villagers) they weren't so god-like that they stomped the setting. The only thing that puts me off sometimes is that the characters I just described as powerful but not quite god-like were only first level. I kinda think 5th level is as high as I'd ever want to go with this game. I'm not sure that's a drawback, though, just not what I'm used to. After all, I decide what level everybody is every time in convention games, and the fact that these guys loved playing their characters is worth way more to me than my calcified notions of what first level should be like. 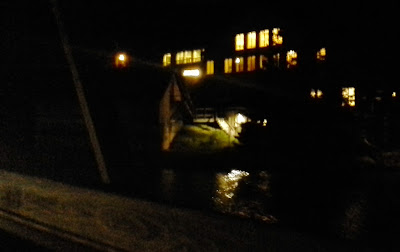 After a brief recharge and rule book swap-out, it was time to move on to Doctor Who with "Out of Joint." Another full-plus table gave us The Doctor, Romana, Ace, Jamie, Peri, Kamelion, and Nyssa (of Traken, not New Jersey). And yes, there was a reason for the crazy assortment of companions.

They put on a good show. The Time Lords are the hardest to play in that game (probably any game) and those players were both awesome. Peri made friends with a metal lizard, but had to leave it behind when the time spur collapsed. I consoled her player with the reminder that she wouldn't remember and was about to have her brain removed anyway. I decided to let Jamie, who was beginning to remember his work as a Time Lord agent, and the lizard, stick with the Doctor, just because. Maybe I'll use that backstory in some future adventure. Maybe they'll save Peri first because... technobabble retcon. I mean, Trial of a Time Lord was a mess anyway, so I can pretty much invent whatever continuity I want. Or they try to save Peri and just get Lord Kiv in Peri's body. Oooh, I could have an absurdly mismatched team go looking for Peri's brain!

Tom was either not finished with his evening game or was jumping right into his late game. Steve and Rags were in my game, so we were already together and headed over to the makeshift bar (the real one was being renovated) for drinks. Along the way, Matt used his unsettling ninja powers to materialize behind me out of nowhere. Or, okay, somewhere else. I'm sure he wasn't literally nowhere. That would really be unsettling.

We were actually sitting right where Tyler had said the trivia game would be, but after a couple of drinks we wandered off for some reason, had several interesting conversations at Scott & Petra's room party (once again regretting that I had been unable to play in Tom Mechler's Cypher game where the players are all velociraptors), wandered off again, and eventually got a text from a different Tom asking where I was, so Matt and I headed over there to hang out with Tom and Zack.

And then there was Sunday. In the end, there will always be Sunday. I had planned on packing up the car and then hanging out a little bit. I think I even told several people "I'll be right back" as I rushed past. Then I got caught up in Tom's mania to omygodwegottagetontheroadrightnow and forgot about all that. My apologies to anyone who felt slighted. I honestly meant to come back. I just didn't do it.

We later found out that the hotel was already filling up for next year, but we still managed to get the room we wanted. The theme has already been announced too, and here it is: Carnage Royale. So, I guess espionage and super-spies and stuff. Or painfully stupid banter about hamburgers in Paris. I really hope it's the first one.

And then Carnage was done for another year. 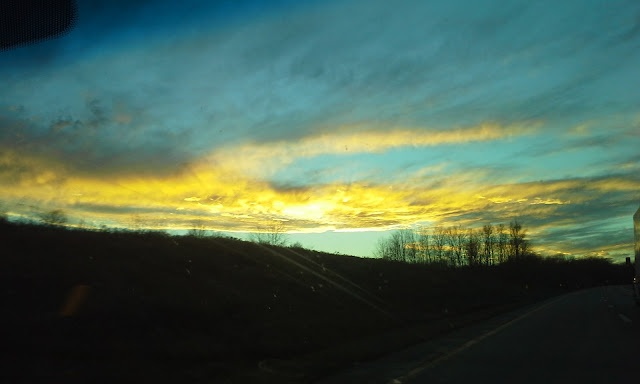