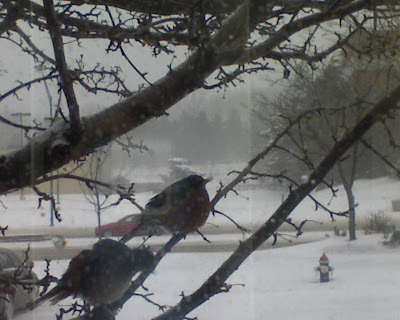 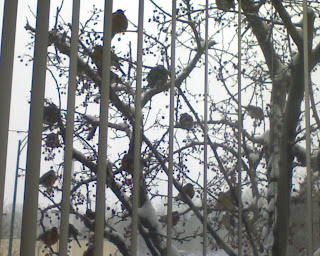 Okay, this is cool!  Someone with a Bill Mantlo fan site noticed my Eposic interview and thought it was worth mentioning:

Looks like a neat site, but I'm going to have to find a better way to translate it than Yahoo's Babelfish.  It's making my head hurt.  The re-translation of "Starshadows in Sideways Time" yielded a nifty turn of phrase, though: "Stellar Shade in the Margins of the Time."  I don't know what's up with this comment:

Captain Colmocosmos, to bring this news from the front of the reverse one of the hidden Internet would report a direct ascent to him to Colonel of our lunar cavalry if we were still not surrounded in the medicinal wars against the Great white head and his eshooterico army of quemagranos ogros. Value and tebeos (reduced)!

Not sure if it's just a bad translation, a reference to a game or story, a spammer, a crazy person, or all of the above.  Bad translation is almost certainly a factor but, beyond that, all I can say is, best of luck to the Lunar Cavalry in their struggle against the ogrish hordes of the Great White Head!
.
at 12:38 PM No comments:

Tom picked me up directly from work on Friday and the weekend was off to a great start.  I did some final polishing of my Peryton RPG werewolf adventure (now called "Karth's Crossing") on the way and, after a pretty short drive, we got ourselves a room and headed over to the University of Toledo to get signed up for the con.  Our first games were not until seven but, to paraphrase Boromir, one does not simply walk into BASHCon.  A friend from last year's BASHCon (Jerry) turned out to be directly in front of us in line, which seemed like a good omen. At the very least, it made the wait more pleasant.

After a bit of settling in and a little more prepping, seven o'clock arrived and our games got started.  Jerry joined a couple of other delvers in Tom's Tunnels & Trolls dungeon crawl, a sequel to last year's adventure called, "In the Loop."

I got my Peryton RPG game going with the most amoral party I've run in some time.  Karma got the better of them, though; the game ended in my first ever Total Party Kill.  It's amazing how many clues you can miss when you terrorize the NPC's and only investigate the sites most likely to contain treasure.  Especially ironic was the fact that, in their eagerness to bash everything, they destroyed a device which would have enabled them to rather easily reach the biggest hoard in the whole place.  As it was, the vault remained completely sealed off from them.  They did find the floating platforms in the phlogiston, however and, one after the other, each of them tried the rather difficult jump with no special precautions, failing their rolls and plunging into the otherworldly abyss to meet an undefined end.  The whole scenario was a cartoonishly good time.  The players seemed to enjoy running amok, and I was gratified to see that the scenario worked even with a gang of sociopaths.

The next morning we loaded our backpacks and returned to UT for our long-planned post-apocalypse Saturday.  It started with Tom's "Cleft Burg," an adventure set in what one might call Gamma Cleveland using a variant of the TAG rules.  As is often the case in Gamma World, a confrontation at a toll booth figured prominently in the story, and we were all excited to find the wondrous re-bar, which we used as a club.  Random mutations resulted in one player getting to run a spiky onion man.  We had lunch at a good middle-eastern restaurant called Phoenicia with a couple of Savage Worlds cultists who had played in the Cleft Burg adventure.

After lunch we had a classic Gamma World game, the sequel, in fact, to the one we played in last year.  I played the same racially sensitive ("I know you didn't just call me a tigger") mutated tiger person that I did before.  The adventure was fun, especially the wild car chase at the end.

Before another fine Phoenician meal, I found an unexpected treasure in the exhibit hall, d20 adaptations of The Shamutanti Hills and Khare: Cityport of Traps, old solo-style game books by Steve Jackson.  The world described in those books had a really dark, creepy style of fantasy that intrigued me, so it was cool to get a chance to see it all laid out for easy reference rather than scattered about in "turn to paragraph x if you go left" format.

In the evening we moved on to Jerry's Rippers (Victorian horror with a cool mad science twist) game, set in Toledo.  Although my opinion that Savage Worlds is nothing special remains unaltered, and an over-powered (or just suspiciously high-rolling) ray-gun-armed weird science guy kind of took the fear out of fighting the big monsters, the adventure was a lot of fun, brought to life by nifty props and skillful dramatic timing.  There's nothing like splitting up your party in a "haunted" house to get the game rocking.

Nothing tops late night horror off like Del Taco, so we drove through on the way back and had a fiery feast in the room.  I scribbled down a few more notes for my woefully under-developed Doctor Who outline and drifted off to sleep.

Sunday morning was my Doctor Who game (set in Qalidar) and Tom's spaghetti western TAG session.  I had three excellent players taking the parts of the Doctor, Jack Harkness, and Mickey Smith.  My own performance was strictly adequate, but two things made the game awesome.

The first was the enthusiasm and skill of the players.  They not only knew their Doctor Who lore and played in the spirit of the show, but also were active problem-solvers, taking the bits of information I threw them and running with them so cleverly that, after the initial set-up, I really only had to react.  This is fortunate, because I had never gotten around to developing secondary plot hooks and was counting on being able to wing it if the players needed nudging.  All three of them engaged in very Doctor Who-ish speculation about the mysteries of Qalidar, but the Doctor was especially prolific in his techno-speak.  They all did an excellent job of playing their characters to type, as well.  Jack flirted and conned his way through obstacles, the Doctor got distracted and started tinkering with a strange piece of technology while the others moved on, and Mickey ran away, ostensibly to save the NPC, when the main villain manifested.  And I learned a new term from one of them (Lisa?): load-bearing boss.  This is the villain whose defeat leads to the collapse of the entire lair, which is definitely what we had in this adventure.

The other factor, not as essential as great players but still important, is that the rules of Cubicle 7's Doctor Who game do an amazing job of capturing the feel of the show.  I really cannot praise this game enough, not only for strict Doctor Who universe adventures, but also for any scenario where you want wild sci-fi and brains-over-brawns adventuring.  Even something as simple as saying that fighting actions always go last, giving talkers, runners, and jury-riggers the chance to act first, can really make a difference.  The mechanics in general are quickly grasped and easy to use, leaving a lot of room for crazy stunts and non-traditional solutions.  The Doctor was actually able to defeat the villain in the middle of "combat" by turning his own technology against him, with no fudging necessary from me.

And, with a bit of a sigh, I collected my refund for running games and we headed home.  It was a great weekend, nicely topped off by a home full of happy cats and a Doctor Who DVD from Netflix ("The Deadly Assassin," with Tom Baker).
.
at 1:03 PM No comments: 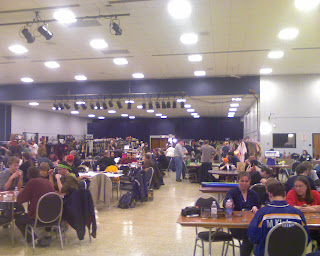 
As major storms cover the northeast, the classic canard of conflating climate with weather takes on ridiculous new forms. But is it better to fight or ignore them?...

http://seedmagazine.com/content/article/getting_snowed/
.
at 1:59 PM No comments:

Three people who always kind of blur together in my imagination:
I can think of several reasons why this might be, but it's probably better that I just let it sit here for a while.
.
at 10:43 AM No comments:

Or should we start using Roman numerals to show the number of Troll Hoots instead of the year? "Troll Hoot III" and so on? Anyway, another awesome Troll Hoot has come and gone. Tom sums it up Tommishly in his blog: 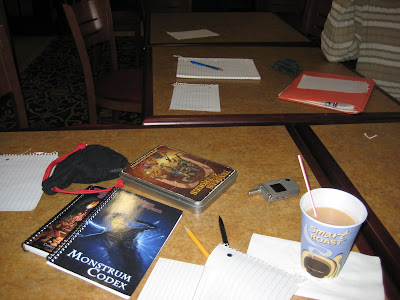 Dreaming and the Brain


Dreams are a remarkable experiment in psychology and neuroscience, conducted every night in every sleeping person. They show that the human brain, disconnected from the environment, can generate an entire world of conscious experiences by itself. Content analysis and developmental studies have promoted understanding of dream phenomenology. In parallel, brain lesion studies, functional imaging and neurophysiology have advanced current knowledge of the neural basis of dreaming. It is now possible to start integrating these two strands of research to address fundamental questions that dreams pose for cognitive neuroscience: how conscious experiences in sleep relate to underlying brain activity; why the dreamer is largely disconnected from the environment; and whether dreaming is more closely related to mental imagery or to perception.

(quoted from Trends in Cognitive Sciences)
.
at 10:44 AM No comments:

Finally got around to submitting my events for BASHCon XXV:


Karth's Crossing
Friday 8:00pm-12:00am
All you wanted was a roaring fire and a bite to eat but, if the blasted, smoking ruin of the tower up the hill isn't enough of a hint, the walking corpses make it hard to deny that this town is cursed. And what's that howling in the distance? This game uses the Peryton RPG, a streamlined version of the d20 rules. No experience necessary.

Doctor Who and the Custodians of Qalidar
Sunday 9:30am-1:30pm
Take the role of the Doctor or one of his companions and explore the pan-dimensional ruin of Qalidar. This game uses the new "Doctor Who: Adventures in Time and Space" RPG. No experience necessary.
And here's what I'm playing:

The Escape (Gamma World 4th edition)
Saturday 12:00:00 - 17:00:00
Facilitator: Jeff Howerton
Destroying a Red Death outpost to save your fellow villagers seemed a good idea at the time. But the Red Death don't give up without a fight. The party's only hope: the ruins of Roeville. (This adventure is an introductory adventure. All you need to know is how to role-play. Note:For those great role-players that played last year this is a continuation)

Rippers 01 - The Gathering (Savage Worlds)
Saturday 19:00:00 - 23:30:00
Facilitator: Jerry Teleha
You are a Ripper, one of a secret band of monster hunters dedicated to saving humanity from the horrors that stalk the night. This is an introductory adventure - no experience necessary - 1st in a series taking place in late 19th century Toledo, Ohio.
.
at 8:18 PM No comments: 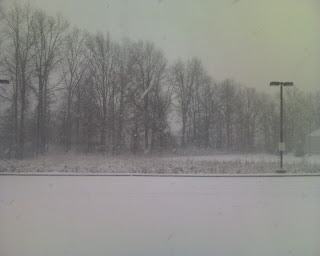