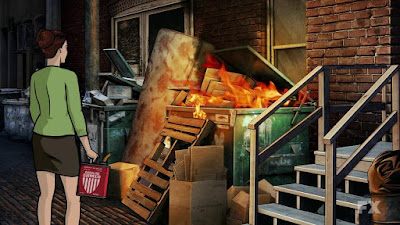 I guess let's start with the bad.

Everybody talks about all the celebrities who died this year, which... yeah, whatever. I was a little bummed by David Bowie's death, but the others were just names. I mean, I don't want anybody to suffer or die, but they do, all the time. If it's not somebody I interact with, I'm not going to give a famous person's death any more time than any other stranger's, even if I admire their work. Usually. I'm not sure why Bowie was an exception, so I'll just leave it there.

I don't even wanna talk about the political clown show. In day-job news, the company I work for -- that I liked working for -- was bought out by one of the most enthusiastic consumers of those inspirational slogan posters. Yay, mergers, right? Maybe it's for the best; I was probably getting too comfortable with this job. 2017 promises all sorts of messed-up authority figures to keep me... I need a word with positive connotations... let's say "energized." 2016 wasn't all bad, though. It actually had a pretty generous share of awesome, too. I just wanted to get this stuff out of the way first. 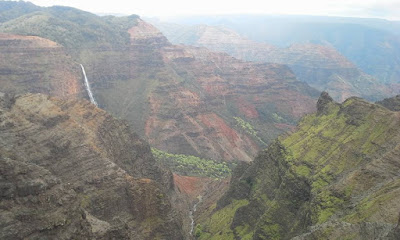 For one thing, I went to Hawaii. That was pretty cool. I was surprised that they didn't have seagulls, but they do have feral chickens. Seriously, chickens everywhere, like they own the place.

On the way back from Carnage this year, Tom and I stopped at Niagara Falls, which I had never seen before. There was more to it than I expected. It's a really nice park.

I skipped Gen Con this year for a variety of reasons which aren't really worth going into, but it was still a good year for gaming. The Scrap Pile campaign will probably end up slowing down a bit. I don't think it's dead -- I hope it's not dead -- but, even if it is, it was a great ride. Curtis's Dungeons & Dragons campaign has been fun, too.

I had something of a gamemastering crisis early in the year through the summer. I just didn't feel comfortable with the convention games, somehow. After a successful Carnage, though, I'm pretty sure I'm back in the groove. I've had the opportunity to run some D&D and I rediscovered the joy of the Vortex System. It's my current favorite for scenarios that aren't D&D or four-color super-heroes. I always liked it, but worried about turning everything into Doctor Who. It turns out that making some generic character sheets went a long way toward fixing that problem. We'll see if it holds. 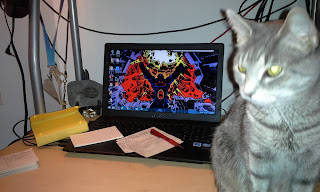 A friend opened up his own store, Weird Realms. I'd probably support it just to help Beckett anyway, but, the truth is, I've got some selfish reasons for wanting it to succeed. I've been really enjoying gaming there and I've picked up some cool stuff that I might not have found otherwise.

I'm not sure I'd ever have gotten around to running Keep on the Borderlands again, if not for Beckett's multi-system B2 theme. It looks like a stable core of regular players is forming, so this could turn into a whole World of Greyhawk campaign. That's something I've often daydreamed about, but never had much hope of actually bringing to life.

And, hey, remember that Qalidar supplement I was working on, then said don't hold your breath for? I finished it! It felt really good to finally get that done. You can check it out on the network of tubes at Amazon or DriveThruRPG, and it should be in brick-and-mortar stores sometime in January. Next up is a "monster manual" type book to consolidate all the Qalidar qritters and publish the ones that still live only in my project files. 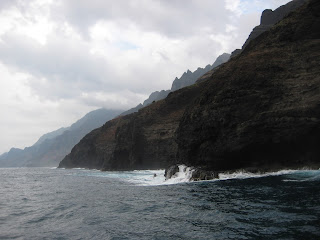 Throne of Gorgudai, or whatever I end up calling it, is still moving along. I'm up to their "little shopping trip." That could be somewhat misleading, though, because I moved a few of the early adventures around to fit the story I used to tie everything together. Yes, there is a story. I've fleshed out quite a bit of the plot, and I'm really happy with how it has evolved.

More to the point, though, I've not been a terribly diligent worker. I can't even blame the gaming, because there's plenty of time that just kind of evaporates without any of that. I do keep poking at the book and have made quite a bit of progress that way but, if I had been hired to write this book by someone else, she probably would have fired me by now. I'm thinking I need to do the schedule thing and come up with some time of day that's sacrosanct as writing time. It wouldn't take much. Even an hour every day would make a difference... which probably tells you more than I should admit to about how hard I've been working.

So yeah, the plan for 2017: Like I said, I need to schedule a daily routine for working on the novel. Wouldn't even have to be a tough routine. Just something. And I'll most likely spend a weekend at some point banging out that monster book for the Qalidar game. I should probably commission a cover, first. Ooh! I wonder what I'll do for the Gorgudai cover! No, no, NO -- write first; think about pictures later! I guess I also need to put together a bug-out bag in case the Twitter King and his Cabinet of Horrors keep on the way they're going. 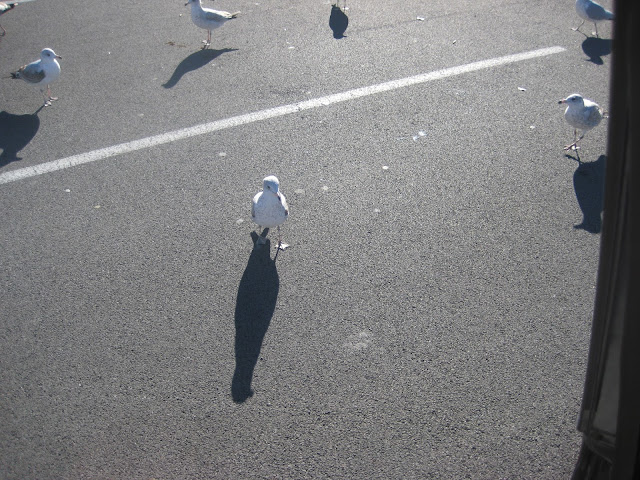