#RPGaDay 25: Favorite RPG No One Else Wants to Play

I have two that I'd like to mention for this one. The first amazing RPG that I can't get anyone to play is the Marvel Super Heroes Adventure Game. I'm not talking about the relatively new one. I mean the SAGA system one, with the cards. I came up with a plan to play a bit of this game a while back, and something may yet come of that, but I'm not terribly optimistic. It's a lot of work to teach a game to other people while you're still learning it yourself, and this one doesn't really work like most of the games I'm used to, so I end up not pushing for it as much as I probably should.

The game is really cool, though. I love all the little design touches that make super-hero adventuring feel like something from the comics. I also love that the players actually hold a hand of cards and get to choose which modifier they use for a given situation. Plus, any super-hero game I ran would most likely be borrowing a lot from Marvel anyway, so the focus on that particular universe is a plus. Oh well. Maybe I'll have better luck with Icons.

As a runner-up, I give you another card-based game, Everway. This is a very story-focused game that Wizards of the Coast put out in the 90's. From what I understand, it didn't do very well. I wasn't paying a lot of attention to new RPGs at the time, so I completely missed it. I heard about it in 2007 or so when I was researching card-based RPGs and picked up a copy on eBay.

In Everway, you build your characters more on the forces that drive them than on relatively concrete traits like strength and agility. The core attributes are measured in "four elements" terminology that gives the game an air of mysticism right from the start. The randomizer is a tarot-like deck of cards which is interpreted by a combination of binary good/bad indicators and the GM's read of the card's message. I honestly don't know how well this works out in actual play - I've never tried it - but it would be fun to find out. 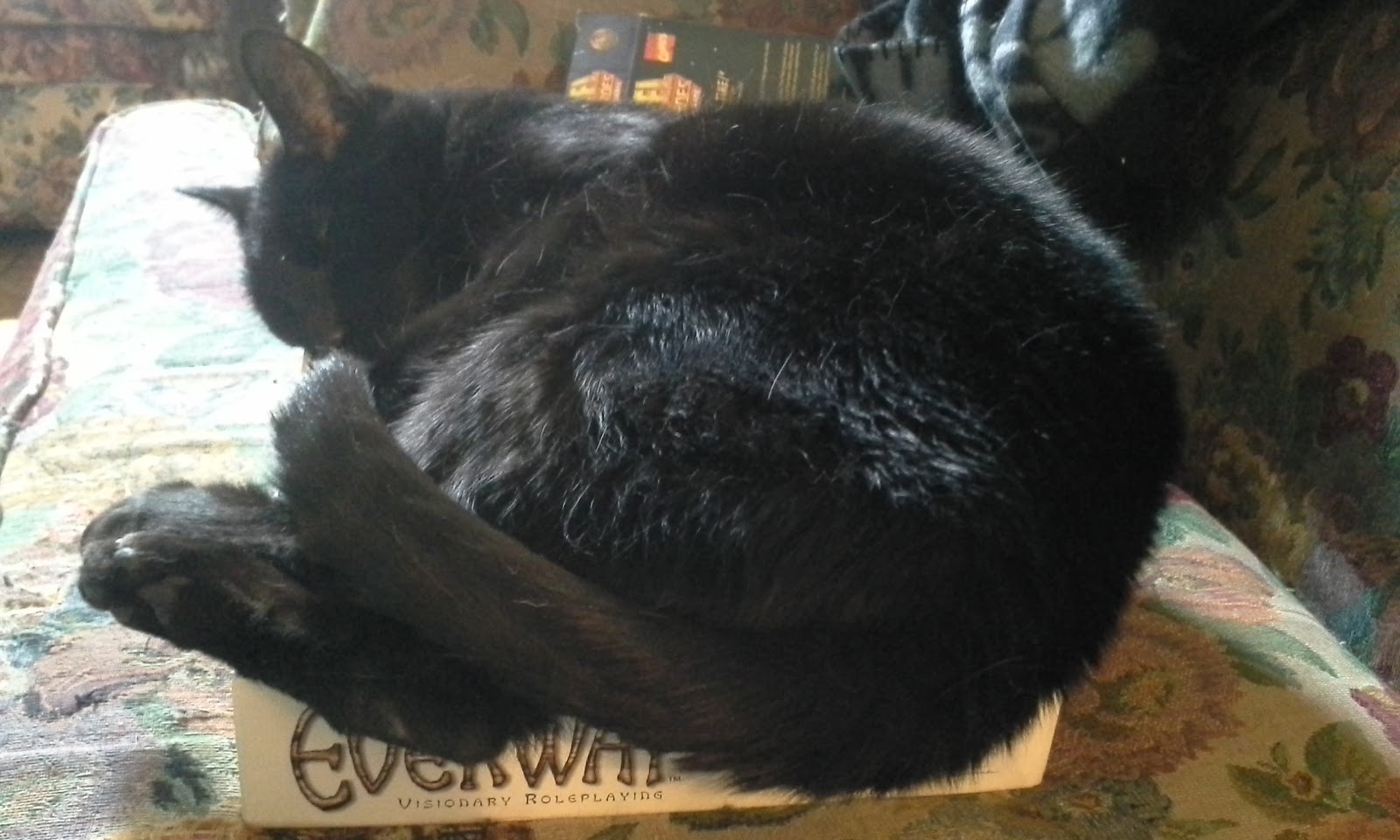