Weird Realms of the Borderlands 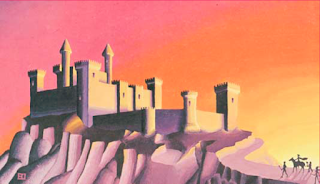 Looks like I'll be running a D&D session at the Weird Realms opening shindig. (Yeah, I know there's not much at that link just yet. I'm mostly just including it for future reference.) They're doing a thing where a bunch of people run Keep on the Borderlands for different systems. Mine is 5th Edition D&D.

Obviously, getting through the whole thing would be more than a one-shot's worth of gaming. I've got a few ideas. They also suggested that it could be the start of a campaign, which I'm definitely cool with.

I was going to do some brainstorming out loud here, but I'm way behind on things I meant to do this weekend, so maybe I'll pick it up again when there's an official announcement from the store.