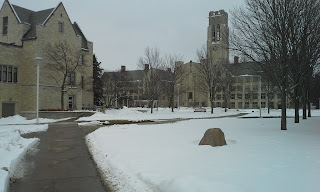 Here's what I submitted to run at BASHCon 2016:

The Crystal Rifts of Tartarus
Cypher System -- Saturday 3pm
In a frozen ruin on the surface of Pluto, an unscrupulous syndicate has found the key to an alien technology that could be used to access other universes. In their efforts to exploit this potential energy well, the Synarchy may have tapped into a power they can't control. Another tale from the Jupiter Moon Chronicles.

The Nightmare Tree (Cancelled)
Cypher System -- Saturday 8pm
The evil tree in the swamps of southern Arkansas haunted their dreams for years. When they cut it down, they thought the nightmare was over, but the horrors only increased. Psychically travel into the heart of a nightmare and beyond. Visit an astral reflection of Ganymede and find the true roots of the Nightmare Tree. Another tale from the Jupiter Moon chronicles.

Of course, none of that will matter if the whole convention is a train wreck this year. Their new registration site isn't filling me with confidence. Still, there could be worse things than the lot of us just hanging around chugging Starbucks and running games for each other.
at 6:48 PM