Just a few days ago, we had our second Dark Gathering hoot. Tom bussed out there early because he couldn't wait. I stayed up late prepping and packing Thursday night, then took off on Friday after work. 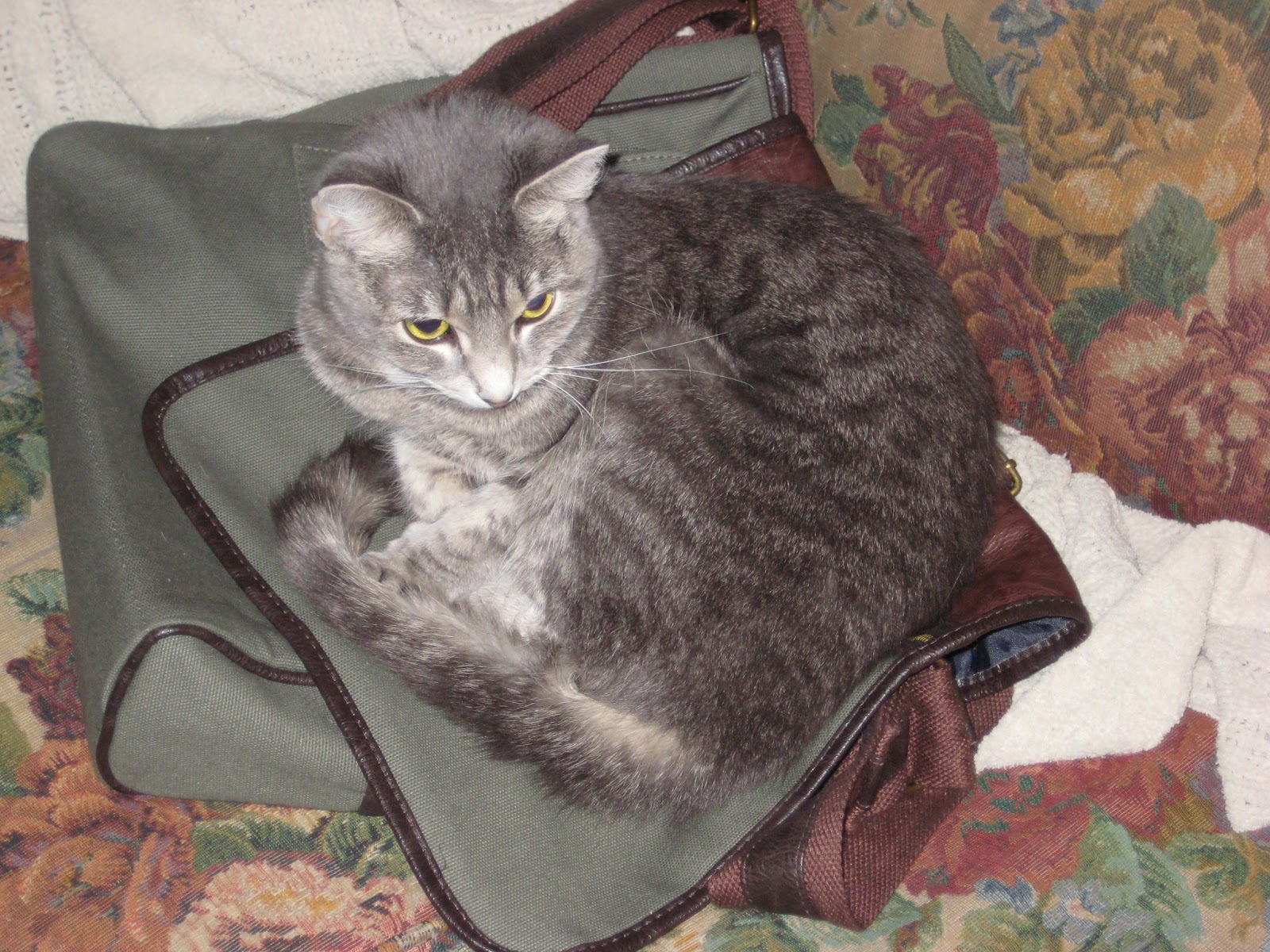 It was a fairly relaxing trip, all expressway and not much traffic. It had been a while since the last time I took a car trip alone, and it was kind of a nice opportunity to collect my thoughts and stuff like that.

I arrived in the middle of some big something-or-other with assorted teens (and a few great lumbering beasts that I took to be adults of the same species) filling up the parking lot and scuttling about underfoot. No problems, though. I grabbed my stuff and found Tom to collect my key. Somehow it was weird to Tom that I wanted to put my bags in our room instead of just dropping them where I stood and forgetting about them. Maplewood flubbed our reservation so that we got a regular room instead of one of the suites, but actually that worked out for the best. Andre still had one suite (the same one as last year) for his set-up, anyway.

Sweet Dreams Are Made of This
The adventure I had interrupted was Brandon's The Nightmare Sculptor, for his and Don's Time Shredders game. Upon returning, I watched him take Tom, Christy, and Don through the conclusion of what looked like a great time travel romp with a pretty creepy bad guy. Tom snagged a copy of the rules, and I'm looking forward to reading more about this world.

Who Am I to Disagree?
After finishing off the game, we chatted for a while over gin & tonic and then, once Andre's game was done, went over to the suite to start off the first (for me, anyway) of this year's after-parties. There we found Andre (well, obviously), Scott, Petra, and Dave. Dave had been here even longer than Tom because of some other travel arrangements. There was bourbon to be had, so I switched over to that. Grateful as I was for the opportunity to try something new, I still don't think there's a gin mix out there that wouldn't be better with vodka or rum. This one ran... Well, I don't know how long it ran. I was there until almost 5AM. Had an interesting discussion about level-based systems versus more granular advancement with Andre, Brandon, and, occasionally, Tom. I was mostly defending the utility of levels, but we all agreed that the classic "kill stuff to get smarter" model was, at best, silly. 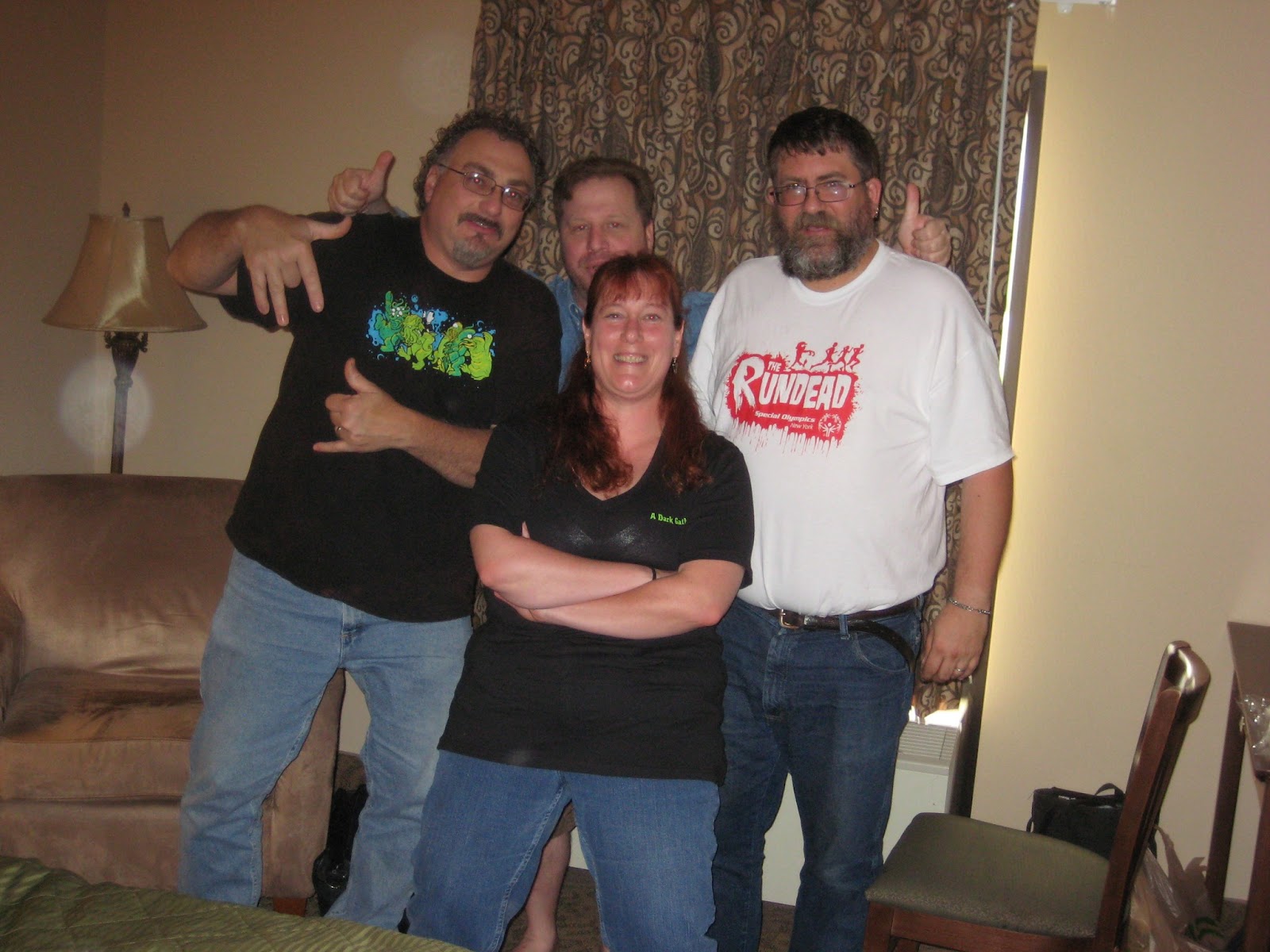 Travel the World
Even though it wasn't until the afternoon, it still seemed awfully early when I staggered over to Scott & Petra's room to run my Qalidar scenario, Feel Good, Inc. for Tom, Dave, and of course our hosts. I had never gotten around to making characters for them, so it took a little while to adapt some pregens from another scenario, and a bit more time to explain the rules and the setting and the group's backstory.

Once it got going, the game went pretty smoothly. I was gratified by the enthusiastic reception the setting received. Thanks to my clumsy start, it ran a bit long and I had to wrap it up before they saw any of the wilder sights, but the story conveniently resolved itself without my help, right on schedule. When I've run this game before, it's always been the Walk the Spiral playtest campaign which, oddly enough, isn't all that representative of the atmosphere I'm going for (long story). This one was much more Resistance, and has convinced me that this game really is ready to go. Now I just have to finish putting it into a form that people other than me can use. 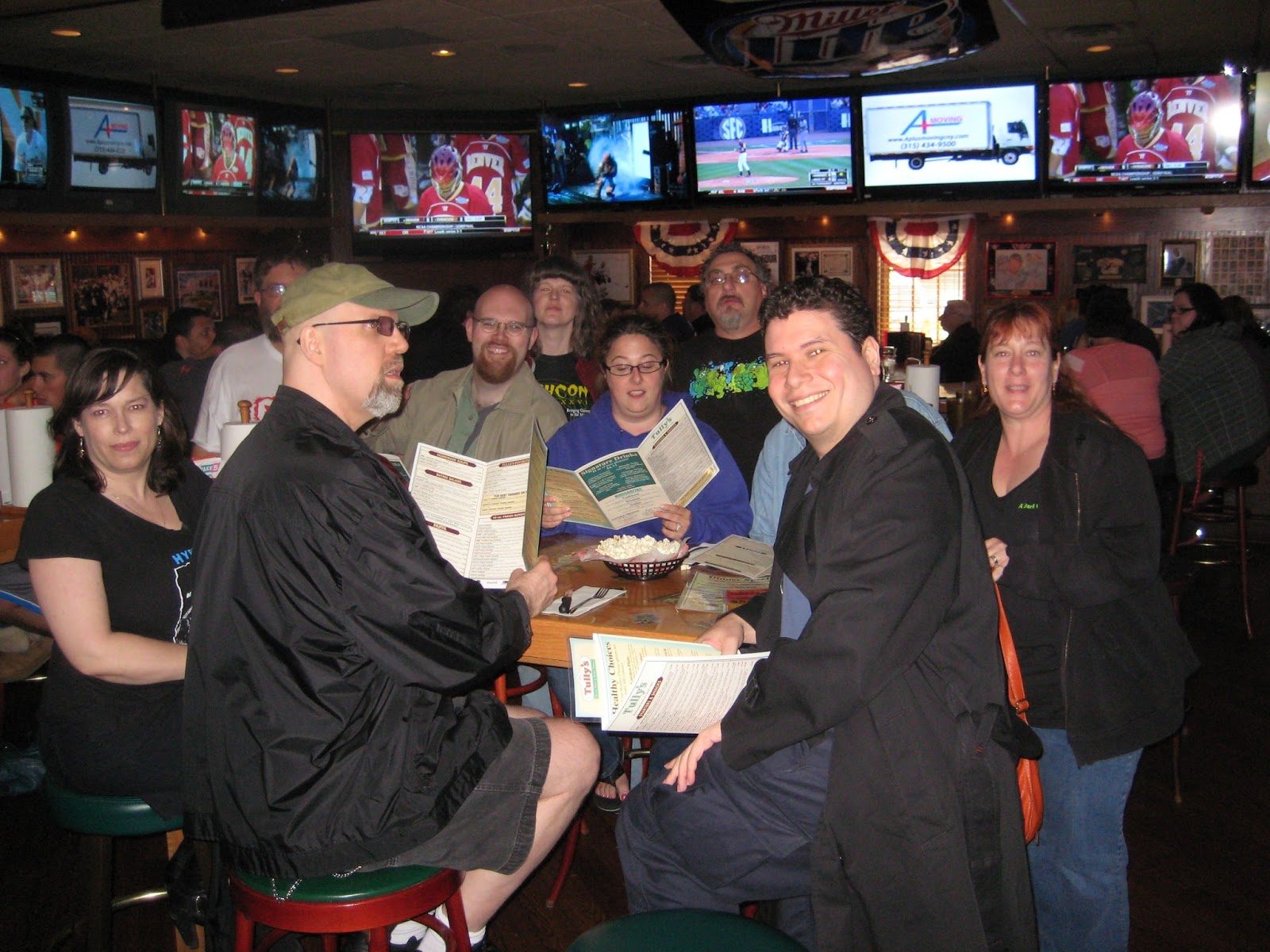 And the Seven Seas
Andre's crew wasn't done yet, so we left them a message and played a game of live action Frogger to get across the street to Tully's. More crunchy fun followed as we tried out the social interaction mechanics of the Dinner Time RPG in a thrill-a-minute table-reserving scenario. After several failed intimidation rolls, we finally got lucky and were escorted to our table. Two tables, actually. Probably the only two tables in the whole building that could not be pushed together. This game is too hard.

The hipsters from Andre's game showed up fashionably late and refused to speak to the rest of us. That's probably not true but, on the way out, Tom spotted an airport shuttle from the Maplewood. The driver had stopped for a bite on the way back and obliged us with a lift across the street. The others came out of the building just in time to see us being carried away in a van.

Everybody's Looking for Something 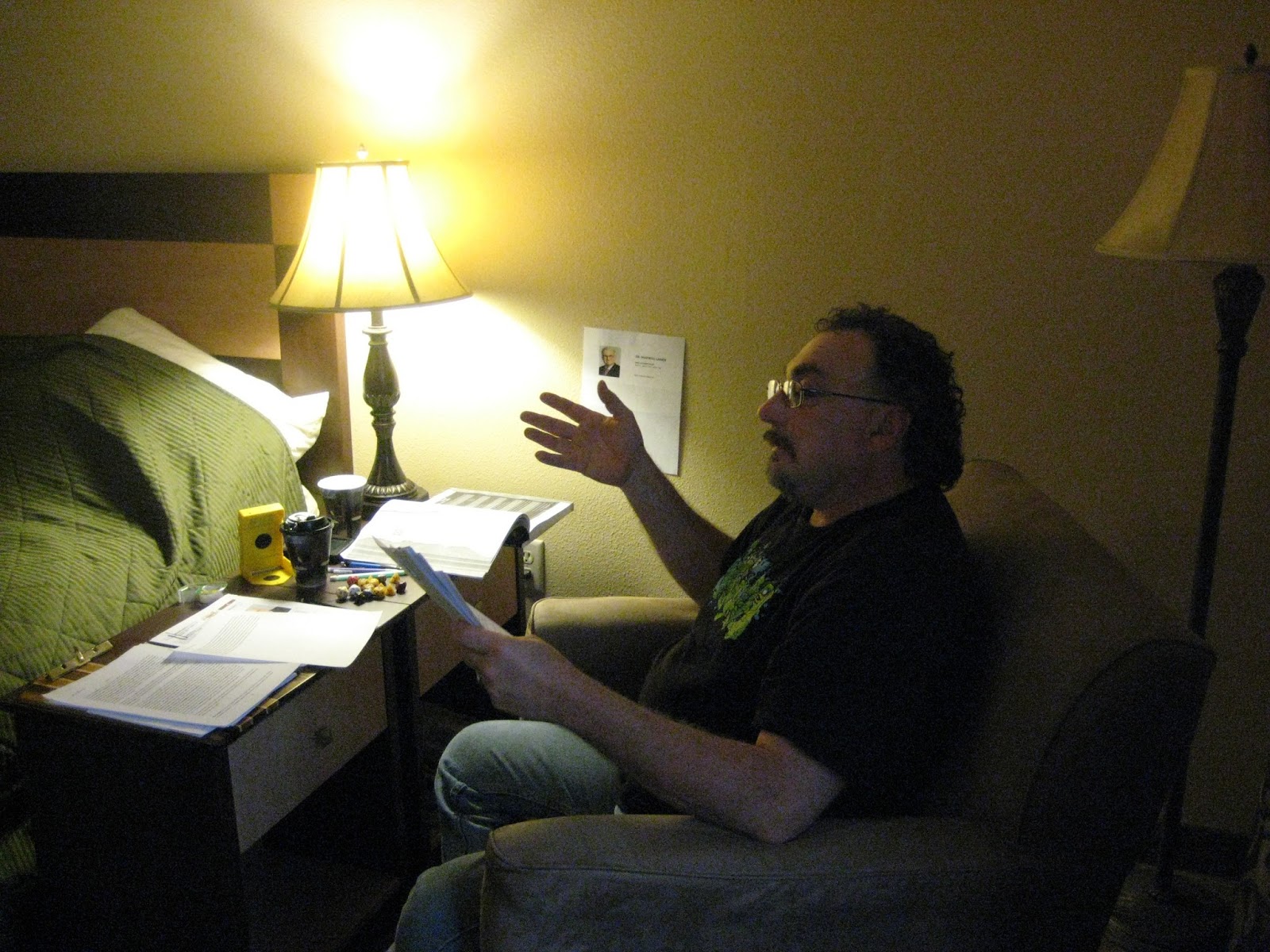 So Scott, Petra, Tom, Dave, and I reconvened in the same room, along with Brandon and Don, for Scott's Lost on Echo Mountain. Would have been funny if I had done the scenario I was originally planning to run, because then we'd have had two "weird abandoned resort" adventures back to back. Scott's was a lot of fun, though, and his crazy real-world developer puts my crazy real-world developer to shame. It had a great setting, an interesting climbing sequence with just enough ominous hinting to build the tension, and a cool twist. I probably shouldn't say more than that because he's thinking about publishing it. If he does, buy it. 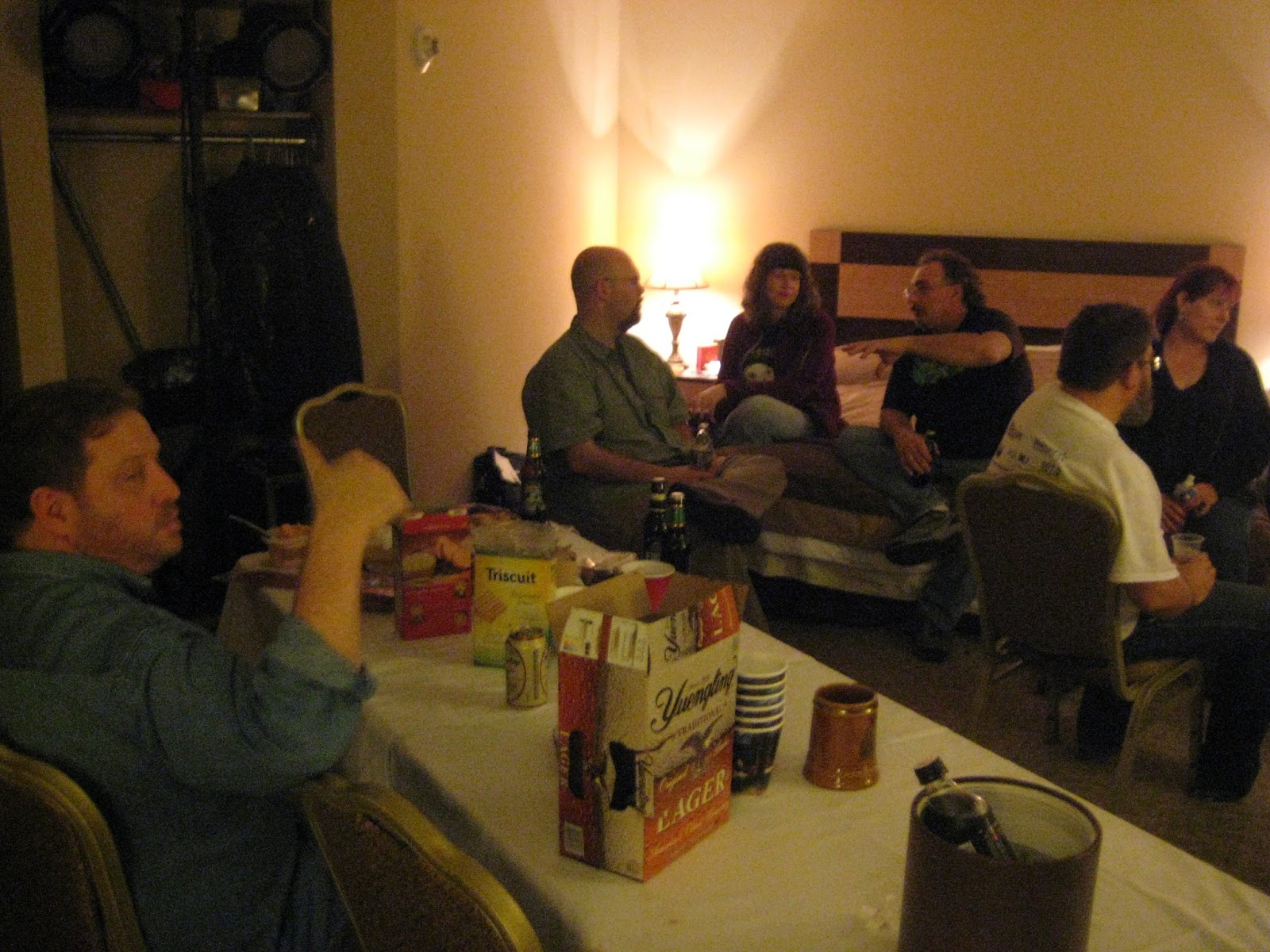 Some of Them Want to Use You
Petra and Scott put out a party spread with various cheeses and crackerses in the suite. A whiskey buzz is so much nicer than a beer buzz. Tony and Stephanie were also there. They actually showed up earlier, but I never did get to talk to them much. They were always in other games or across the room or something. Anyway, the conversation was again excellent. I'm fairly confident that it was excellent. I don't remember much of what was said, just a sort of general mood. I didn't manage to snag the comfy chair this time, though, so I got sleepy earlier and left around 3AM, long before the party broke up at... whenever. 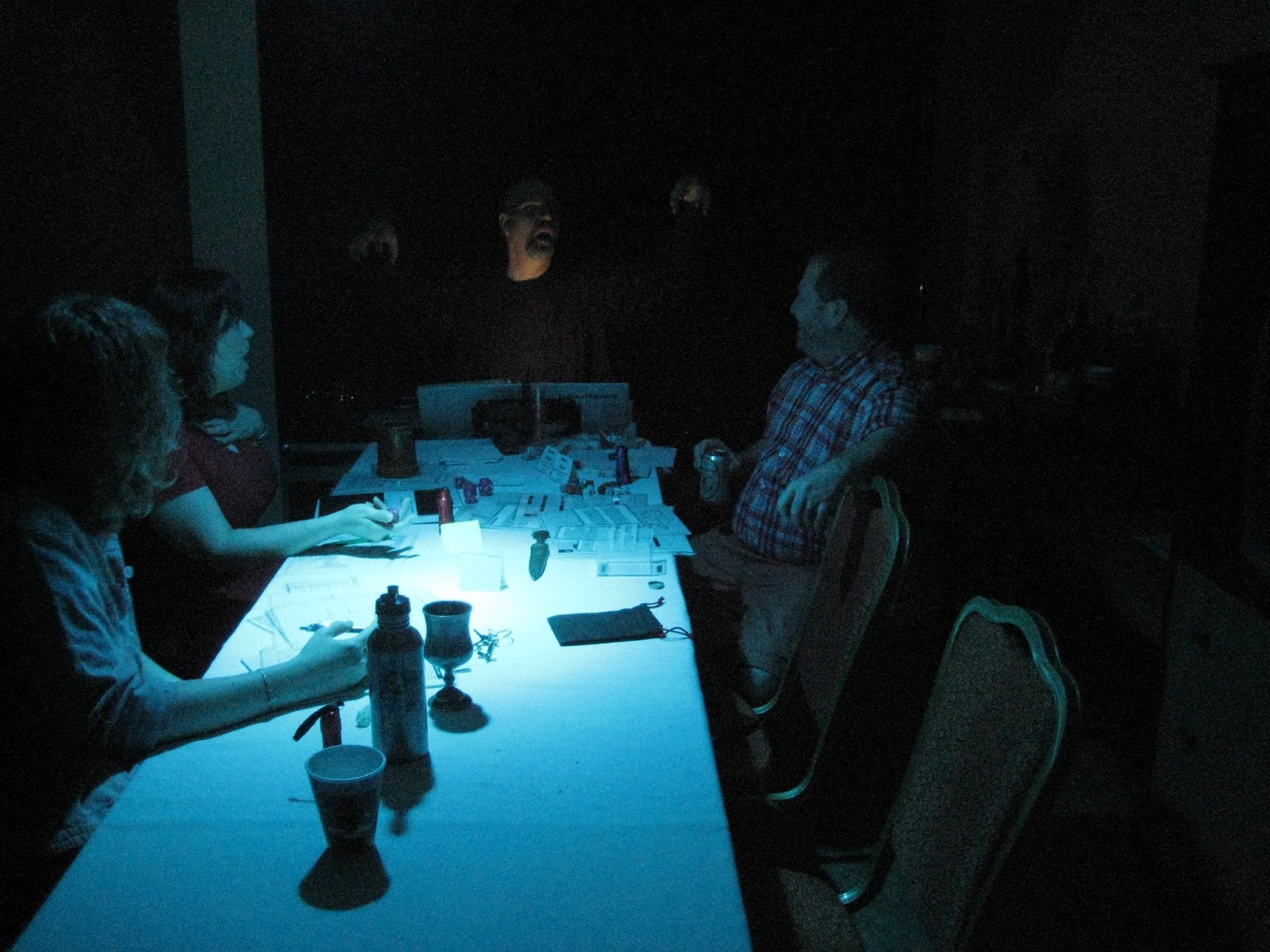 Some of Them Want to Get Used by You
I had some trouble getting up Sunday morning but I still managed to shamble my way into The Inheritance, another of Andre's infamously immersive "RPG Theater" events. I was half an hour late, but they didn't start without me.

It was just me, Christy, and Tom playing in this one. Brandon and Don were already on their way out, and the others were playing Dark Harvest with Dave. Our characters were members of a close-knit family on their way back to their ancestral home to find out what the trustees of their estate have in store for them. It had what I thought was an unusually upbeat ending, but not everyone agrees with me on that point.

Some of Them Want to Abuse You
We were going to go to the Carnegie place in the hotel, but they were closed for the day. That's right, the hotel restaurant was not open for dinner. So, Tully's again. While we waited for the other group, Tom wandered off and took a nap. I stuck around in the suite and chatted with Christy and Andre. Then I woke Tom up and we all went to Tully's. 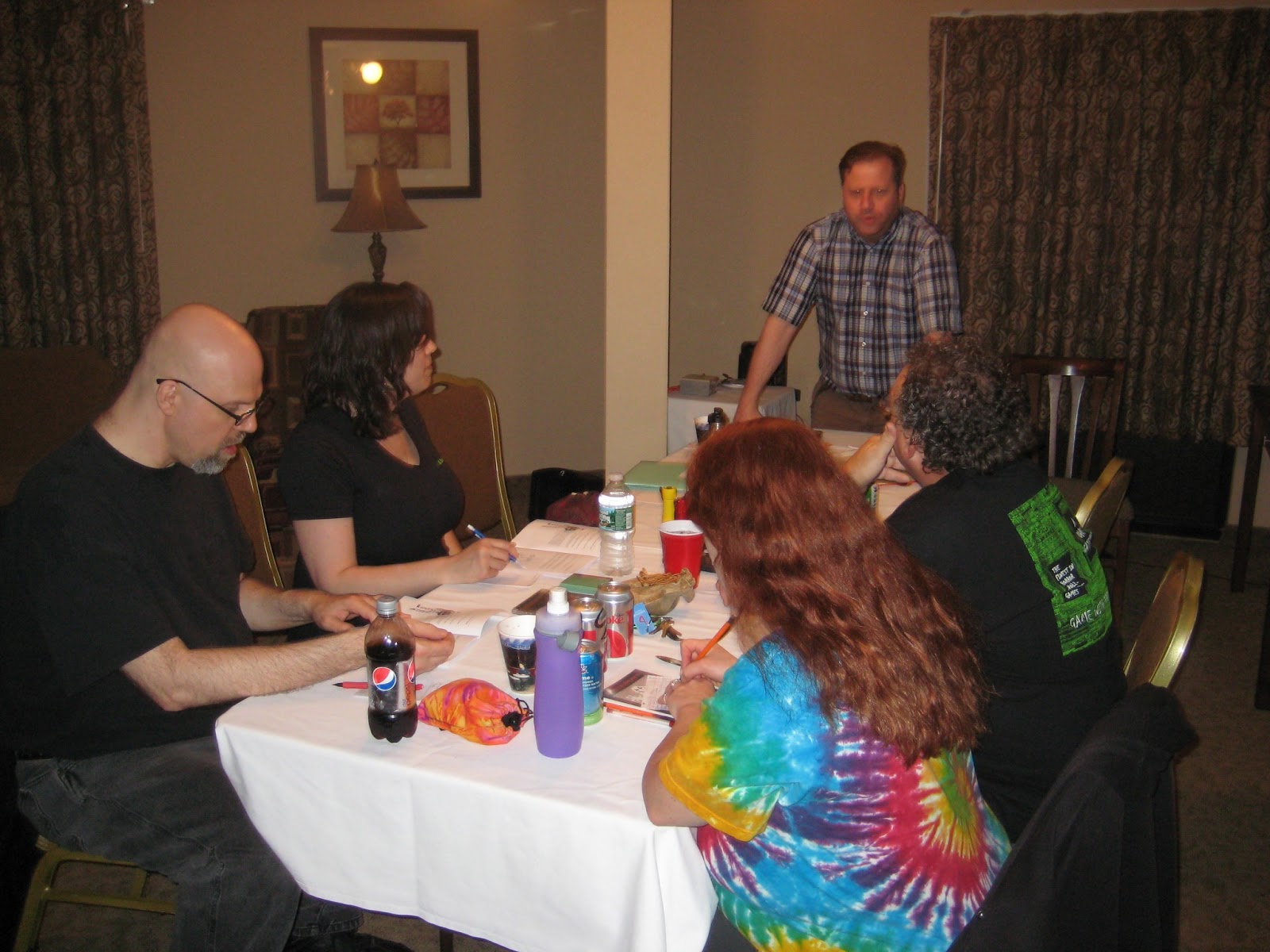 Some of Them Want to Be Abused
Back from Tully's, we split up for another pair of games. I went with Andre, Christy, Scott, and Petra to play in Tom's Crawlspace adventure,  Cigarette. I'm not sure why it was called that, apart from the fact that Tom put an actual cigarette (which he had just bummed off our waiter) on the table.

Andre and I played cops investigating the exorcism-related death of a girl whose grieving parents were played by Scott and Petra. Christy was the exorcist. The system seemed to work well, and the actor/character structure could make for some cool campaigns, but I'm sure Tom will talk more about that. Andre stole the show with his tinfoil-hat-folding interrogation technique. Christy's Hebrew expertise came in handy when her character was possessed and spirit-babbling. 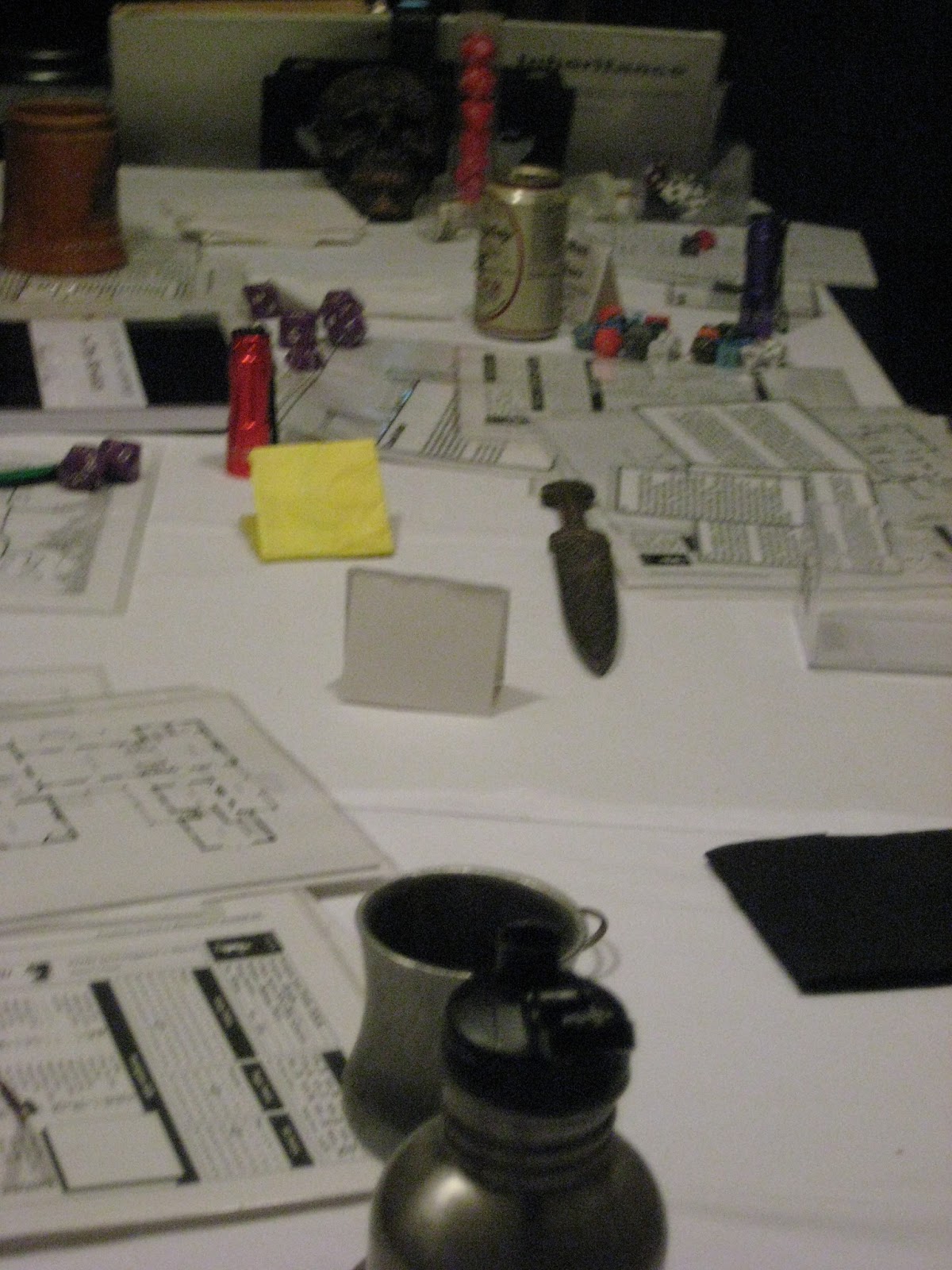 First, let me take this opportunity to express my sincere gratitude for the sacrifices made by all our brave fans of Douglas Adams, without whom we might not have the long weekend that makes Dark Gatherings so awesome.

So yeah, the wrap party... Well, for one thing, I got the comfy chair this time. Damn, what else? I don't think I said much, just sort of sat back and took in the chatter. Except I guess I didn't do such a great job of taking it in, or maybe I did but I misplaced it later. Whatever, it's gone now.

And of course Tom has a blog too. Click the link if you want, but don't believe his lies. My link only goes to the first of a series of posts he's doing on this Gathering, though. I'm sure you can find the others on your own.

Great weekend. Can't wait to do this again.