Among the shelves of DVDs in my house and the vast ocean of streaming options, I've got a few of what I call comfort movies. It's not so much that they're great films, although many of them are. There are plenty of movies I love that aren't comfort movies, though.

It's not just me. Occasionally, late at night (you might call it early in the morning, if you're a bad person) Tom will decide he's done with whatever he was doing, settle into the couch, and watch The Time Machine (the 2002 version with Guy Pearce). That's how he winds down that long evening of world-building or drinking or both. I don't think he's ever described it as a comfort movie, just a good one, but that's the kind of thing I'm talking about.

Like comfort food, a comfort movie feels like home. It doesn't matter how many times you've seen it; it never gets old. If anything, familiarity makes it better. Just looking over the three I picked to go with this post – my current main comfort movies – I'm noticing that they're all kinda chatty, fun movies that don't take anything too seriously. I don't think that part is a requirement, even if we're only talking about me.

Anyway, here's my list. I'd love to hear who else has comfort movies and what a few of them are. 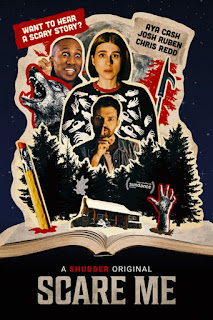