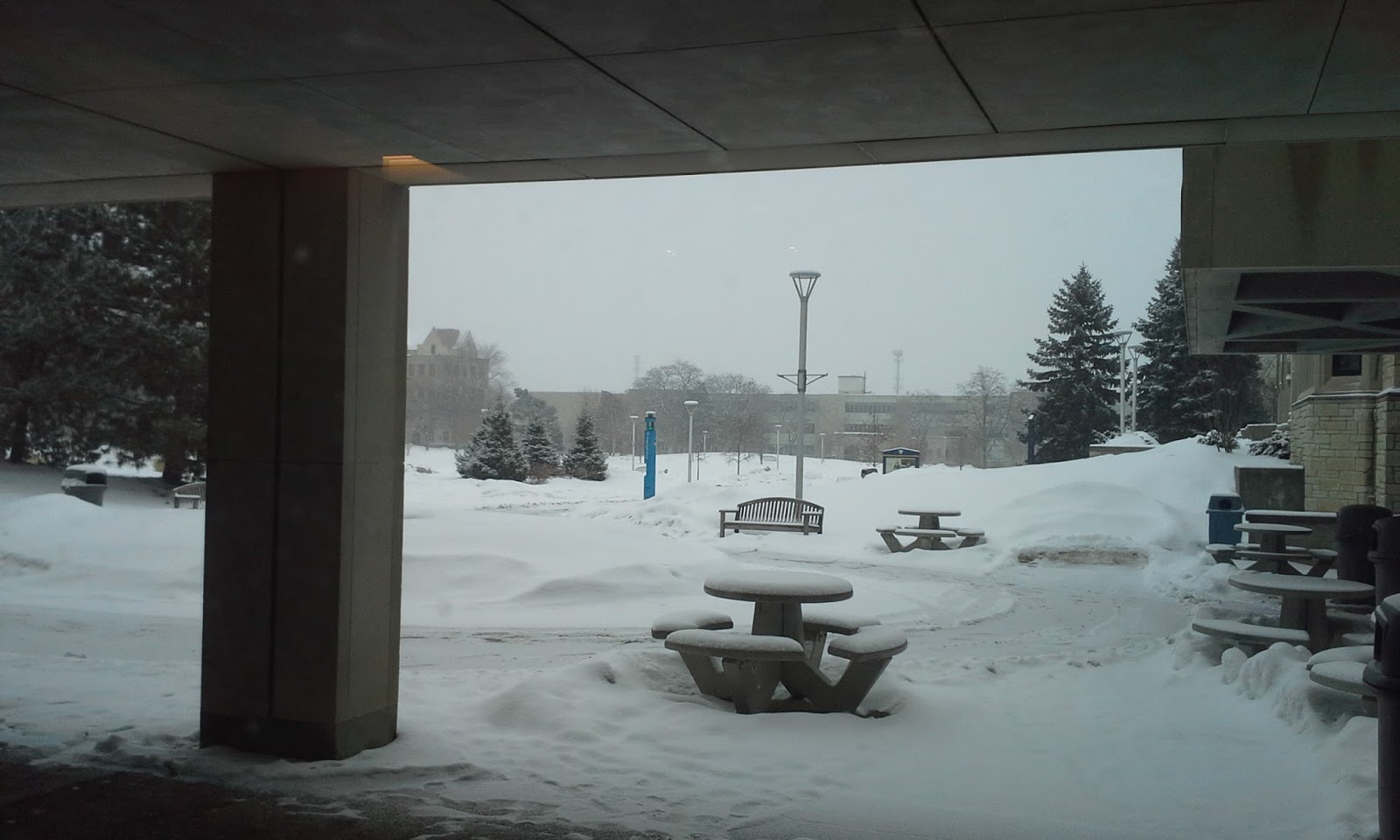 This year's BASHCon was a wonderful surprise. I was pretty sure I'd have a good time. I can't think of a BASHCon that I didn't end up enjoying. Still, though, I just wasn't getting excited about it as it closed in. I suppose, for one thing, I was preoccupied with finally getting Losing Lanterns polished up and published. A few other naggy details were on my mind as well.

When I came home from work on Thursday to find Tom and Monk relaxing in the living room, I couldn't help smiling. I filled out character sheets and packed while they started up a Z Nation marathon. I was a little cranky Friday morning because this ridiculously cold weather is starting to get to me, but a nice breakfast at our favorite diner cleared that up. They picked me up from work and we were on our way. Not that it was an epic journey or anything. Toledo is only about two hours away.

Monk had signed up to run a game at 5:00, so we were a little rushed, but registration was moving right along. We were all set and at the table on time. I hadn't really expected to get to play in his Black Lotus Affair, because it overlapped a Friday night tradition, but he decided to shorten it so that they could run back to back. Black Lotus is a pulp era journey across Europe, seasoned with the machinations of princes and assassins. We traveled by dirigible, ferry, train, and… well, the train was as far as we got. Monk used a FUDGE variant to run the game, and it seems to work well for him. It was a lot of fun, even if we did have to use those "special needs" dice with the plusses and minuses on them.

Tom replaced our traditional Friday Tunnels & Trolls game with a Crawlspace one, The Swamp Troll. Jerry showed up with Liam, Beckett was there with a friend, and we had two other people join in as well. Beckett and I played characters we had used before in "The Return of Count Vulgarr" but, because of the way Crawlspace works, they didn't actually know each other in-game. I played an on-the-edge small town sheriff in the midst of supernatural cult activity and soap-opera-like personal entanglements. We barely stumbled our way through to a resolution, at which point Tom killed us all.

Paul showed up briefly to say hi and show off a cool bit of craftwork, but wasn't feeling well, so that turned out to be all we saw of him. After the game, I checked in to the motel and started winding down to crash mode while Tom and Monk and maybe other people went out for drinks and snacks.

Saturday morning, my Doctor Who event fell through, so we did some shopping and just hung around. I bought a couple of cool rings and almost bought the Archer board game. I love that show and the game looks like fun, but, given time to think about it, I decided that it would just end up in a pile with all the other interesting but unused board games I have.  Tom, Monk, and I eventually ended up haunting Phoenicia for a while, chatting, enjoying the comfy chairs, and, in my case, sketching out a few maps. 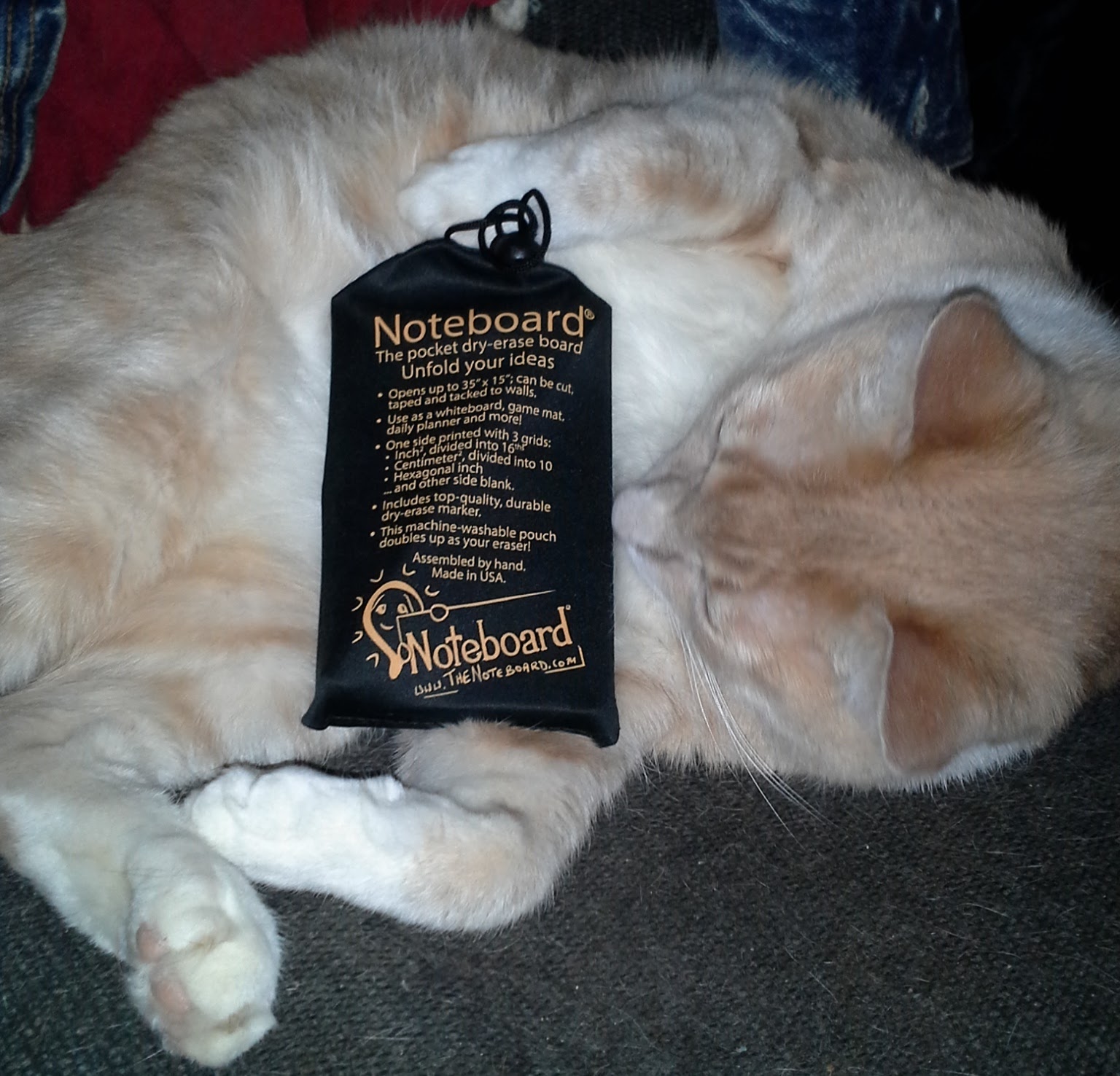 My Icons event, Night of the NecroDon, was up at 3:00. I had Tom, Monk, Liam, and Jerry playing an amphibian, a shape-shifter, a batman, and a dazzler. They dealt with an outbreak of superhuman mob violence, fought among themselves, and finally confronted a mad scientist/sorcerer in his lair. His lawyer got away, though, so there's bound to be a sequel. Monk said he really liked Icons and was planning to get a copy to use in his own games.

I tried out my recently-purchased Noteboard to provide a map of Lightfoot Island and to sketch out certain locations. I meant to take some pictures, but I was too into running the game, so I've enlisted Tio's help to model the product at home. He does great work, don't you think? Anyway, I found this little gadget immensely useful, and so much less cumbersome than the traditional rolled-up vinyl mat. Tio can be contacted for additional work through this profile.

Jerry was ready to run pretty quick, so I grabbed a falafel wrap to go and we jumped into his AD&D game, part one of A Farewell to Hands. That's a pretty disturbing title if you don't think about the literary pun. Last year, we ended the game with the realization that we had acquired the Hand of Vecna. Not having anyone in the party who wanted to be both mutilated and brainwashed, we decided to look for a way to destroy the artifact. Our sources suggested that we should consult a floating head in Myth Drannor, where it's really stressful to be a wizard. We arrived by magic portal and fought our way through the tunnels until we hit the cut-off point for the next day's adventure. Tom and Monk were in another game, which wasn't even close to being over, so we had a late snack and Jerry dropped me off at the motel.

Sunday, Jerry had a full table for A Farewell to Hands, so Tom and Monk wandered off. Tom grumbled happily (yes, it really is possible) about being glad he didn't have to play D&D. The character I played before had already been claimed, so I played a fighter instead, which was actually something of a relief with all the funky magic distortion going on there. We fought our way on to the floating head, got the answers we needed, and finished off our quest to lose the extra hand by exposing it to the bone-crushing rays of an undead beholder.

After that, Tom presented me with a cool-looking pendant that had a clock inside it. Neither of us knew until Monk commented on it that it was a Harry Potter thing. We met up elsewhere with Jerry and Liam for Mexican food and talked about what a good con it had been. 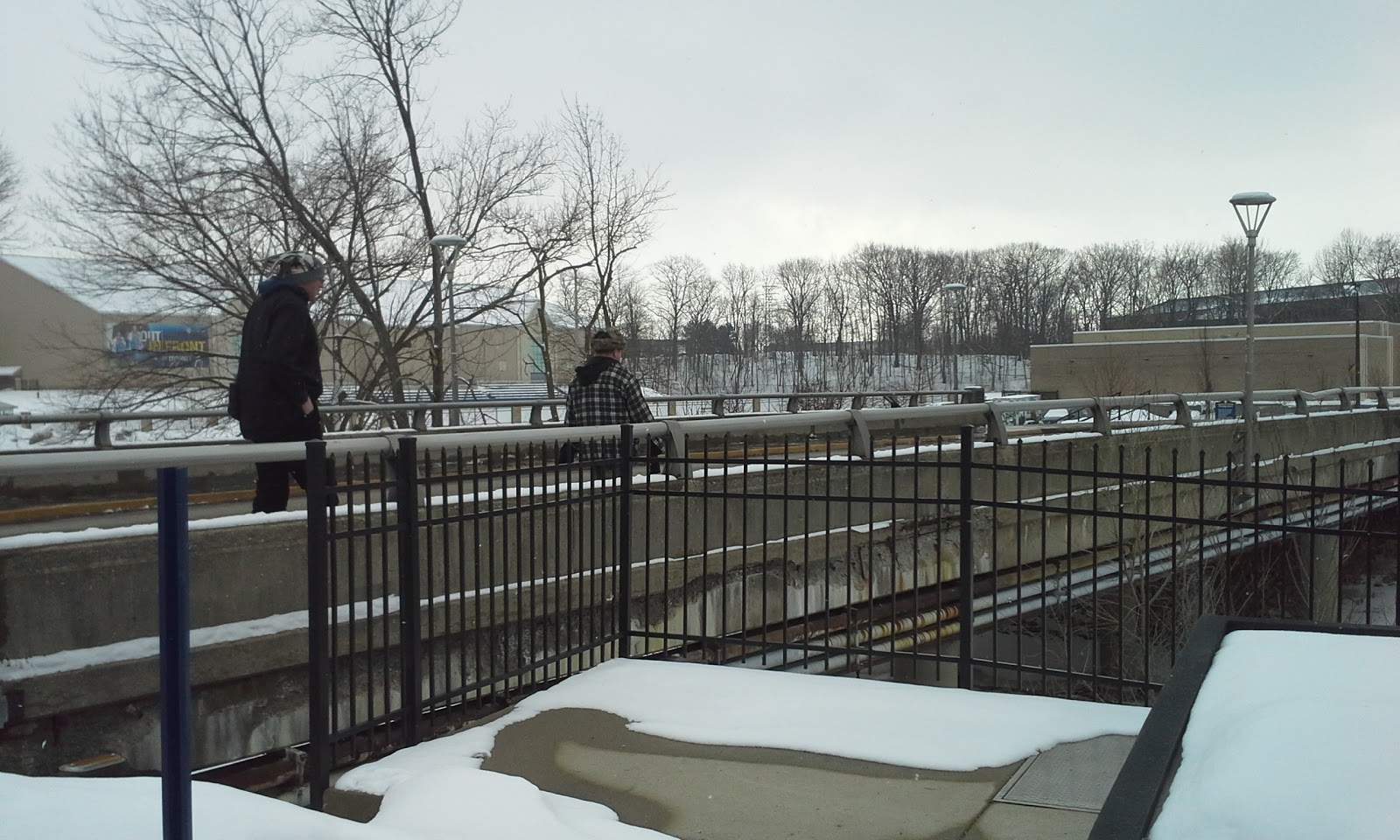