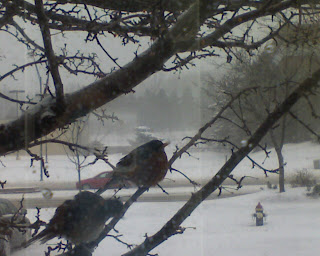 I've got a nice confetti-filled Happy New Year post over on my superhero blog, but I have some other stuff I want to talk through here, you know, new yearsy evaluations and decisions, things I've been turning over in my mind for a while.

Back in August when I put out the "preview edition" of +Qalidar for Gen Con, I was all gung-ho to move forward. I was proud of what I had accomplished and I knew I had reorganization to do, new art to collect, layouts to clean up, and a Kickstarter to plan. And I was already making progress.

When something unthinkably awful happens, though, it changes everything, even stuff that doesn't seem connected, even after you think you've gotten back on your feet. I've been seeing a lot of what I'm doing, a lot of what I had convinced myself I was enjoying, in a new light, and I'm starting to wonder why it ever mattered.

On the creative side - writing, gaming, all that - sure, that's not in question. Specifically, Qalidar itself is something that I have really enjoyed exploring, and something I still fully intend to share.

The things I'm questioning are mostly just the frills that people expect from something that's "professional." None of these tasks are difficult or even particularly onerous but, collectively, they add up to worrying a lot about silly details like pictures and maps and layouts, things that don't do much for me. It's not like I'm ever going to get a significant payday out of this, or even recognition. I never expected the former, but a little bit of the latter might have been nice (not necessary, just nice). More importantly, I've decided there are a lot of people out there whose opinions are wasting my brain-space. While resolving to ignore them might help a little, I'm looking for ways to make people like that matter even less. 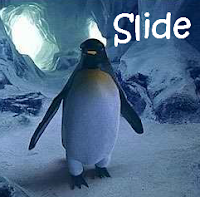 Obviously, I'm not going to ask folks to pay for something that doesn't have at least some of those professional frills, but maybe there are other ways to get stuff out besides just coughing it all up on a blog, which almost seems too relaxed. One idea I'm turning over involves DriveThru's trendy "pay what you want" option. I could put my stuff in a readable form, release it that way, and forget it. If somebody snags one just to write a douchy review, it'll be easier to let it go because my biggest investment was the creative part, the part I would have done anyway. If people figure they've gotten something useful and want to drop a few coins in the tip jar, they can. If they don't, it's all cool.

That way, I could still go back later and look into paying someone else to turn the ones that people have been supporting into professional books. Maybe the updated version would be added to that same product entry, which would then be changed to a set price. Something like that, anyway, just so people who "invested" early wouldn't feel shafted.

The other thing is fiction. I can write a novel or whatever on the bus, commission a cover (or throw one together from stuff I have), do the proofreading, MOBIfy it, and I'm done. Even simpler than the other scheme, and way simpler than all the crap you have to go through dealing with traditional gatekeepers. And if nobody likes it, I'm still done with it and free to move on. I don't have to worry about who I should try next or wonder if I wasted my time.

Just finish it, forget it, and start writing the next one. Everything else can slide.

Is that a good way to grow a business or be a "successful" author? Probably not. Like I said (or at least implied), though, "business sense" is one of those things that I never should have let myself care about. And no, Kickstarter would not accomplish the same thing. More likely to get a significant amount of money, sure, but that right there is ninety days (at the very least) in purgatory for every single project. Exactly the wrong direction for me. Nixing my Kickstarter plans was one of the easiest decisions I've made.

But again, these are ideas for future projects. Qalidar is going to get finished, and it's going to look great. I've already got tons of art and a few maps commissioned, and I have every intention of getting the physical book into real game stores. As for the other half of Peryton Publishing, I doubt that Tom has any issues with the way he's doing stuff, so I'd expect Crawlspace and Tunnels & Trolls and his other projects to keep chugging along the same way.

None of this is set in stone, of course. I'll think it over. Who knows what I'll do?